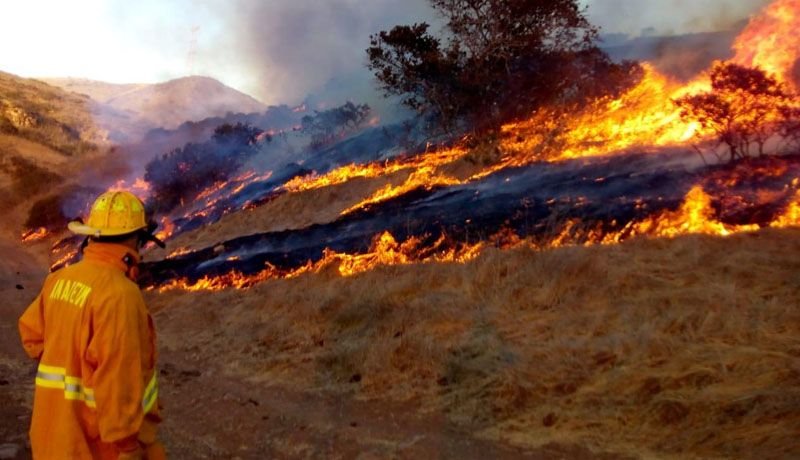 Wildfires have been a common sight in Baja for years, but we had never seen something as extreme as what has been going on for the last couple days.

4 people have been reported dead, 2 in Tecate, 1 in Tijuana, and another one in Rosarito. Almost 100 houses have been lost to the fires, most of them yesterday, which was the day that had the worst Santa Ana winds condition.

About 50 families were evacuated from Real Del Mar, which was impressively affected by the fire.

Incredible enough, two persons were detained for causing fires that, in one case, resulted in one death. One was detained in Rosarito and another one in Tijuana.

For a couple of hours on Friday, both the toll road and the free road were closed because of the fires that were making driving there dangerous.

Authorities are recommending drinking lots of water to and of course avoid being near fires, sometimes it doesn’t look as bad until its too late.