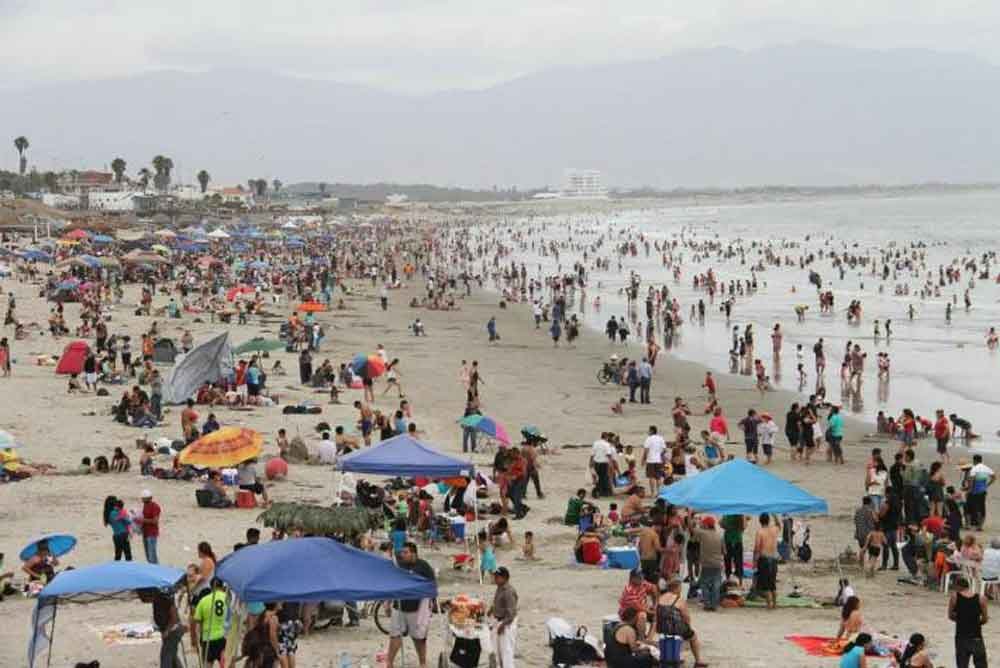 After the agglomerations seen in the last two weeks due to the holiday, government officials announced that they are now expecting a new outbreak of COVID-19 in the coming days.

Oscar Perez Rico, head of the state health department, stated that California is already seeing an escalation of cases due to the increase in mobility of the region and that the same is expected in our state.

“When people start getting together and do not take the necessary precautions, we have more cases, and a week ago we saw beaches, parks and recreational places completely full and not everyone was wearing their mouth covers”, he said.

This has already been proved as every 7 days, peaks of contagions show up on the statistics due to the increased activity on the weekends.

Perez Rico insisted that people should not relax sanitary measures yet, as other countries are already seeing the consequences of that.

Mexicali already has the highest number of active cases, Tijuana, Ensenada, Rosarito and Tecate follow in that order. Although infection rates have not yet matched the worst days we saw, they are still expected to increase in the coming days.

Baja’s vaccination program started a couple months ago with front line medical personnel and senior citizens, and has given some relief to authorities, but at the moment only 10% of the total population of Baja has been vaccinated.

These facts along with the imminent arrival of the newest variants of the virus, originally from the UK, that have been already detected in California could make matters worse for Baja.

“Virus variants that came from California where the main cause for our second wave here in Baja California, and this will once again contribute on our third wave.”, stated Perez Rico. “We are losing the war in our territory, as no city in Baja is registering a decrease in active cases, most are increasing and only one has stayed the same”.

Hospital occupation rates are still low, with a general rate of 15.44% of occupation, but Perez Rico urges people to not rely on that, “The fact that we have a bed for you doesn’t mean you’re going to win the battle, a ventilator can only buy you more time so your body can do the rest”, he concluded.