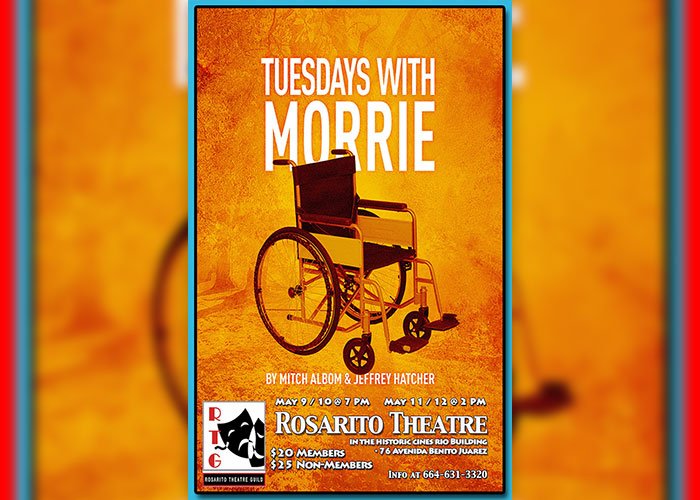 How much time do you spend dealing with money? You have to earn it, report it, pay taxes on it, spend or save it, make plans for it, donate it, teach your kids about it, have enough of it to retire, and ultimately spend a huge part of your life dealing with it. Is it worth it?

That is the core question that Morrie Schwartz, a retired sociology professor, discusses with his former student and current friend, Mitch Albom. After graduation, he began working as a sports reporter  for a newspaper and became very successful. Unfortunately, he became so obsessed with his professional career that he nearly destroyed his marriage. His wife felt neglected because of his obsession with his work.

Morrie, according to Mitch Albom’s famous book and the play of the same name, is interviewed by Ted Koppel for the TV show Nightline. Mitch happens to catch it. Plus he is at a turning point. His co-workers at the Detroit Free Press are on strike and consequently he is out of a job. That gives him time to reflect about what Morrie explained to Koppel, namely that most people spend too much time on things that don’t make them happy. He learned that focusing on who you love and nurturing that love is much more important than  the pursuit of money. As they say, “money cannot buy happiness.”

Mitch calls Morrie and arranges to meet with him every Tuesday, which he does for the next 14 weeks. Morrie, who has quickly advancing ALS, lasts that long but finally succumbs to the debilitating disease. Through it all Morrie remains upbeat and insists that ALS gives him time to reflect on his impending death. He has time to contact all those he loves. He can even fairly well predict the progression of his disease and the time he has left to reach out and communicate with all those people in his life who have meant so much to him.

For the Rosarito Theatre Guild’s production of Tuesdays With Morrie, we welcome two veteran actors, Jim Johnson and Colton Dennis, who play Morrie and Mitch respectively.  Jim is currently the Director of the Gallo Center Repertory Company.. The Center for the Performing Arts has, a 1,200 seat theatre which has attracted national shows, including “Cats”, “Evita” and “Shrek: The Musical”.

Colton Dennis is a very experienced actor, who, as a young man in his 30’s, is perfect for his role as Mitch. He is  an actor, director and co-artistic director of Patterson Repertory Theatre. He has performed with numerous other companies in the Central Valley.

Jim and Colton have performed several times together,  and their collaboration has resulted in a really stimulating one-act performance.