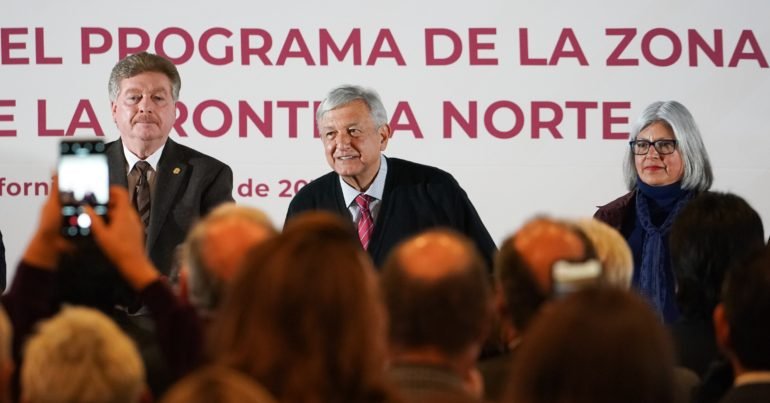 One of the campaigns promises that gained more supporters around here for our new president, Andres Manuel Lopez Obrador (or AMLO for short), was the proposal of a new “Free Zone” along the northern border that would reduce taxes, increase the minimum wage 100% and lower fuel prices to try and match those in the USA.

Since the first day of the year, this promise has become a reality, and you are now living in the new free zone for the northern border.

So, what does this mean for you? As a consumer, this means that you will now be paying 8% IVA on most products and services instead of the 16% you usually pay. For those of you unfamiliar with IVA, that’s the Mexican equivalent to the VAT in the US. Note that I said most; I will explain that later.

If you have a business, you will also have another benefit: Instead of paying the usual 30% on the ISR (income tax), you will now be able to receive credit for 10% of that. This means that you will only be paying 20% now.

Regarding gas prices, we have already seen some gas stations lowering their prices, since they have a special benefit in that they won’t be charging any VAT on gasoline and diesel; this reduced gas prices to exactly 16%. This reduction doesn’t actually match it to prices in the US, but it definitely closes the gap a little bit more.

Since the newly created Free Zone is defined by a decree and not a law, businesses must register for it and they will have to meet certain requirements; therefore, don’t shout bloody murder if you see 16% IVA in your ticket, since there is a possibility that some businesses don’t meet the requirements or just haven’t applied yet.

In order to be able to obtain the benefits businesses need to prove that at least 90% of their total sales are from the border region. They will also be asked to prove that they have a valid address in the region for at least 18 months. These two requirements are key in discouraging mainland businesses from establishing an address in the border just to obtain said benefits.

The free zone objective is to increase competitiveness with the US, avoid migration and make it more attractive as an investment option.

If you were here back before 2014 you might remember that we already had lower taxes here in the border, but that benefit was removed by president Peña Nieto. At that time VAT in the area was 11%. This means that taxes now will be even lower than at that time.

Several analysts say that Northern Baja will benifit the most  from this new decree, as the biggest percentage of the population in the state lives near the border, and because all its municipalities are considered part of it.

For now, the decree will be valid only for 2019 and 2020. Surely, results will be analyzed after these two years and a decision will be made on whether to extend it or not.