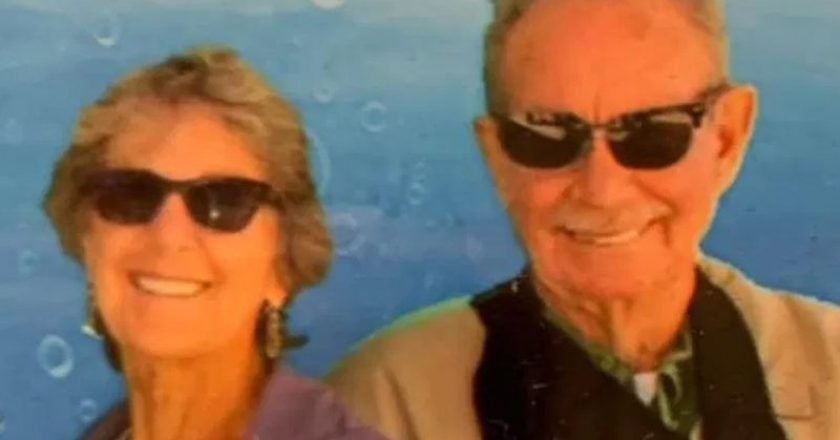 The bodies of Ian Hirschsonhn and Kathy Harvey that were reported missing two weeks ago were found at the bottom of a water well in Ensenada.

According to Ian’s daughter, they couldn’t be lost as the 77-year-old man knew the area very well, as he frequently visited since 1985.

Kathy and Ian were last seen in their truck, which was found abandoned seven days later.

On September 4, San Diego’s Police Department, where the couple was from, confirmed that the bodies were  Hirschsonhn y Kathy Harvey.

Hiram Zamora, a local prosecutor in charge of the case, said to the press that they were both murdered in their house by a drug addict who wanted to steal from them.

The suspect, who has already been identified, moved their bodies from El Socorrito (near San Quintin) to the city of Ensenada, where they were later found.

The couple rented a house near El Socorrito beach, a popular area for American retirees. 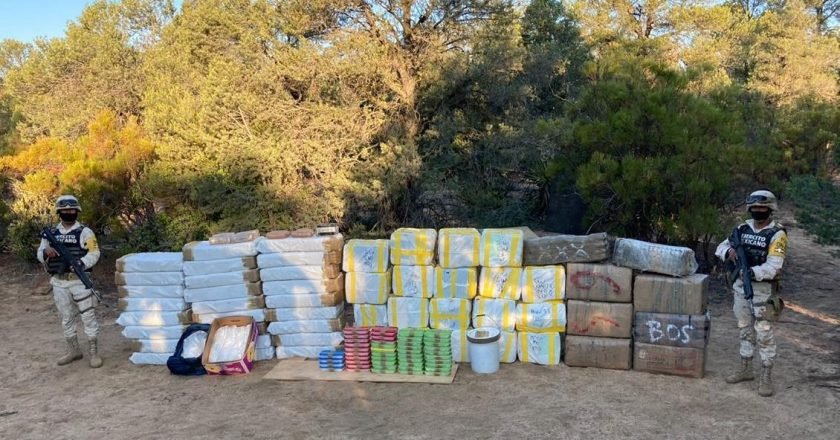 Soldiers from the Mexican Army seized a massive load of a variety of drugs in the La Rumorosa area in Tecate.

The illicit drugs were found in an inhabited area about 6 miles south from the La Rumorosa town.

The army reported that 1 ton of crystal meth was found, along with 6 kilos of powdered fentanyl and 5,000 pills of that same drug. About 5.3 kilos of heroin and 4 gallons of marihuana (THC) oil were also found.

The army stated that the bust would considerably affect the financial structure of local crime organizations since the total street value of the drugs was about 16 million USD.

The drugs were found abandoned on a dirt road when the military was doing a surveillance drive through the area. No arrests were made in connection with the drugs. 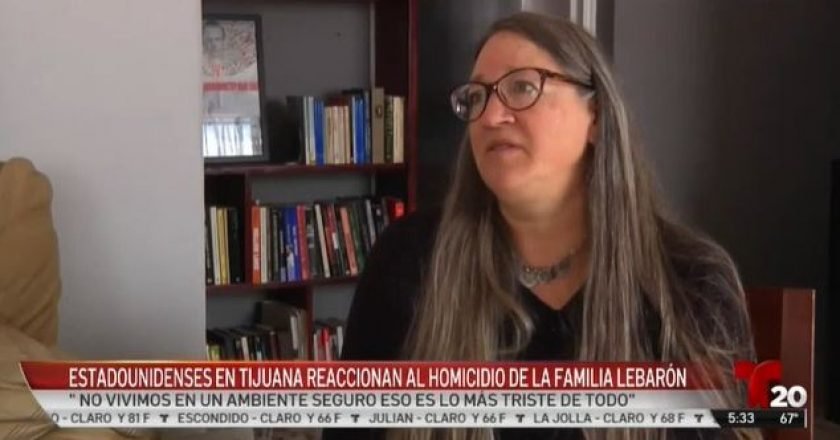 Many American citizens reacted to the LeBarón family massacre, which happened last Monday. Some of them talked with Telemundo 20 about the violence in Mexico and if this makes them want to return to their country.

The three women and six children killed by armed men who were allegedly members of a drug cartel belonged to a Mormon, remote agricultural community where most of the inhabitants have US and Mexican citizenship.

“It’s heartbreaking to see how people can hurt a 5-year-old boy,” said Ramón Salcedo of Indiana and who has lived in Tijuana for 3 three years.

Others said, “This level of violence is something that anyone can experience regardless of their nationality; Mexicans, Americans, Hondurans, Haitians. Unfortunately, we don’t live in a safe environment. ”

However, despite the video where a car can be seen on fire, the interviewed say they do not want to return to North America. They recognize that violence is part of the sacrifice of living in Tijuana or the rest of Mexico.

Citizens living in Baja California said the event is disturbing since they are aware of the risks regardless of whether they are in Mexico or in the States, where they have seen in the news the different attacks on shopping centers and cinemas.

Rewritten in English by: Alondra Arce 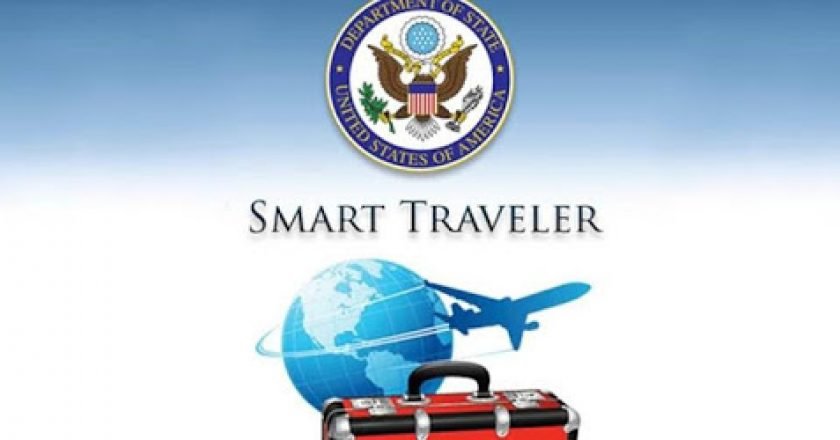 Are you a US Citizen who is a long-term resident of Baja California?  Or a casual tourist, just visiting for a few days?

Either way, there’s a great free resource for you available from the US State Department!  Smart Traveler is the official State Department app for U.S. travelers.  It provides access to frequently-updated official country information, travel alerts, travel warnings, maps, U.S. embassy locations, and more. With Smart Traveler, you can create personal itineraries, add notes, and organize your trips.

To get started, go to your app store and search for “Smart Traveler”.  Download the app to your mobile device, and follow the on-screen directions to register for STEP.  Part of the process includes identifying where you are (or will be), and for how long, as well as providing identification and address details.  This allows email alerts specific to your geographical location to be sent in the event of natural disasters or other issues

Wherever you’re going, stay safer and use the SmartTraveler app and STEP.  You’ll be glad you did! 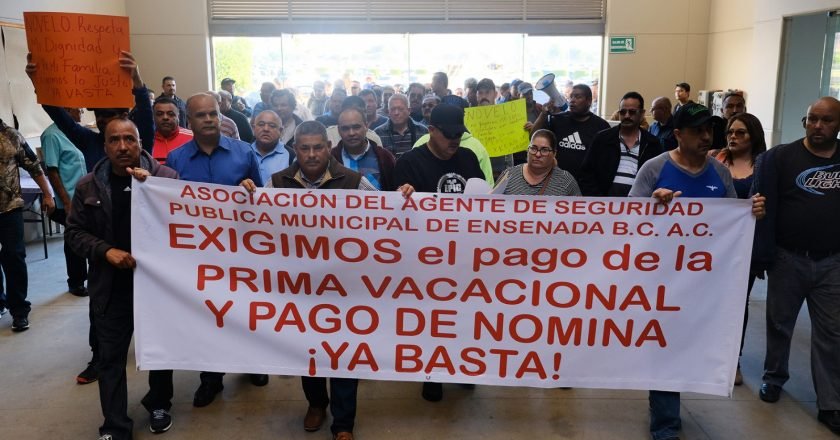 About 900 municipal police agents from Ensenada took to the streets yesterday protesting that their salary, that was due on the 23rd, wasn’t paid yet. They were also complaining that their holiday bonus hasn’t been paid and is already two weeks due.

The group marched from the Macroplaza mall in Transpeninsular all the way to City Hall with signs and banners demanding the payment of their salary.

“Policeman live day to day, if we don’t get paid, we don’t have means to feed our family, I say this so citizens of Ensenada can understand us, we are not doing this because we like it, we need that money in our homes and delays in our salary can’t happen” said Rafael Ruiz, local agent.

A local cop salary starts at about $650 USD per month. Of course it can be more, depending on their rank and seniority.

Other policeman complained that their credit score was affected when the last city administration didn’t make payments on loans the agents got, even when those payments where directly discounted from their paychecks.

Before the day ended, their salary was deposited into their bank accounts but not yet their holiday bonus.

City officials said they were doing everything in their power to get more resources in order pay the amount they owe the police and that they were hoping to make the payment on the holiday bonus this coming Friday.

With information from El Vigia