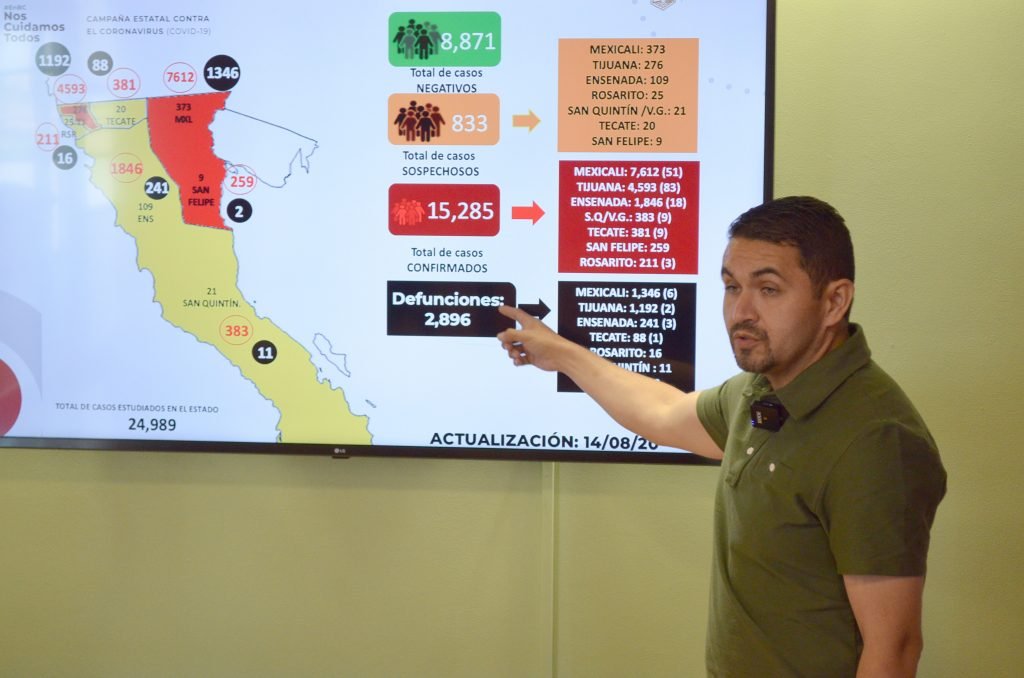 Local University Gets Paid. After numerous problems with the last State Government, the UABC autonomous state university system is finally receiving the 81 million USD that was pledged to it by the federation but was held up by the state in the past administration.

Governor Bonilla announced that he not only would he pay up the money but that he would offer space in the government center in Zona Rio to create a new campus.

Coronavirus Update. Oscar Perez Rico, head of the state health office, stated that Baja California is already “flattening the curve” of new coronavirus cases, as it has consistently had fewer infection cases in the last week.

Although the state, as a whole, has seen a decrease in cases, the city of Ensenada has been increasing the number of infections. In response to this, Perez Rico called upon the people of Ensenada to respect social distancing and to try to stay home as much as possible.

“We want to be one of the first states to get to the new normality, and our focus is not only to have a green light to restart everything, but to reactivate our economy in an orderly manner. If we start reopening prematurely we will only cause economic and health problems in the long run”, said Perez Rico.

Musicians get some relief. Baja’s State Government announced that about 400 musicians from Mexicali have received alimentary support from the State, as they are one of the many professions that hasn’t been able to do almost anything to support their families.

Jesus Alejandro Ruiz Uribe, delegate for the State Government, announced that they will continue to support up to 6,000 musicians, waiters and taxi drivers at this stage.

“Musicians give us joy and they cheer up the population; we shouldn’t leave them alone in these tough times,” said Ruiz Uribe.

Ex-Mayor charged for embezzlement. Gilberto Hirata Chico, former mayor of Ensenada, and a very controversial one, has been charged along with his treasurer Samuel Aguilar Jaime for allegedly misappropriating federal funds amounting to $165,000 USD.

This is the first time a Mayor of Ensenada has been officially charged for crimes committed during his tenure.

This is the first allegation of a couple that were made that was accepted to be tried in court.

Justice is coming slowly to citizens of Ensenada in this case, as the first accusation was presented in May of 2017, and although it has already been accepted into court it has yet to be tried.

La Mision museum catches fire. A classroom in La Mision’s elementary school that was being used as a local museum, caught fire last week and was reduced to ashes.

The community museum was founded in 1938 by the then president Lazaro Cardenas.

“Unfortunately, it looks like we lost all of that heritage that encourages and fosters future generations to recognize their ancestry, culture and effort from this town”, said Isidro Escobar, a resident of La Mision.

Arturo Rivera, local representative for the INAH (National Institute of Anthropology and History), stated that residents have already displayed an avid interest in rebuilding the museum.

Baja 1000 confirmed. Ensenada Mayor and Score International authorities signed an agreement to celebrate the Baja 1000 Off- Road race from November 17th to the 22nd, beginning and ending in the city of Ensenada under strict sanitary protocols.

Although the Baja 500 is moving to San Felipe this year, local business groups and authorities worked to make sure that the Baja 1000 stays in the city.

Score announced that the race this year will not be having meet and greet events, press conferences, opening ceremonies, and that the mechanical revisions won’t be open to the public.

State Congress wants to reduce local wine taxes. A new proposal has been submitted to state congress that would allow local wines to pay only half of the IEPS taxes which today amounts to 26.5% of the sales price.

Congress also wants to keep the remaining half of the tax, to be used specifically to support the wine industry in different projects, instead of having to send it to the federation.

This would make local wines more competitive, as one of the main concerns of local producers is that their prices are not competitive compared to other foreign wines because of this tax.

Playas Toll Booth Free for Residents. Although the complete removal of the toll booth was not achieved, the state government along with a local residents group were able to negotiate free transit with electronic cards for residents of Playas de Tijuana.

A total of 18 neighborhoods, where 10,000 families live, will be benefited with these actions as they won’t have to pay any more to exit or enter their homes.

The fight for the removal of the Playas toll booth has been ongoing for decades by residents, and was one of the commitments of governor Bonilla’s campaign.