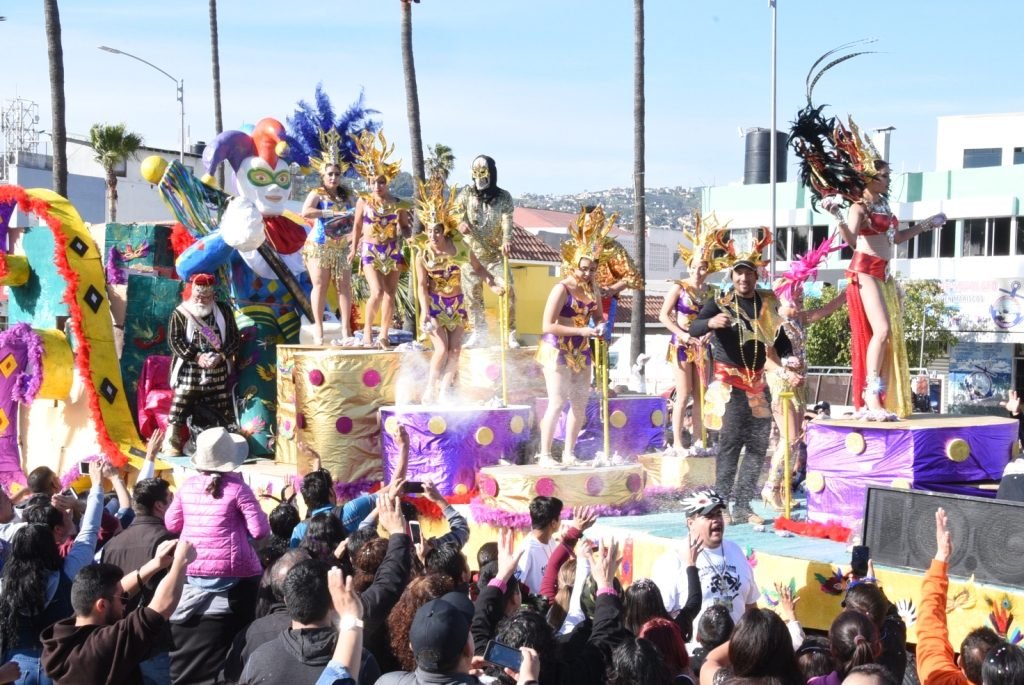 Baja has been slowly recovering as a spring break destination in the last couple of years, after the security crisis about 11 years ago, completely wiped us off the destinations list.

“Security is a priority subject for us, that’s why, while working with authorities on both sides of the border, we can assure our visitors that trust and tranquility have prospered in our territory that, although divided by a border, operates as a sole region”, stated Escobedo.

The state official went on to comment that 84% of the foreign visitors in our state come from California, generating an increase of tourism during 2018 without any precedent, stating that over 27.5 million tourists visited us during last year, leaving an economic benefit for the region of more than 6 billion USD.

Ensenada Carnival in trouble. Last week, the Ensenada chamber of commerce gave a press conference, in which they stated that they were starting a formal legal and lobbying battle against the carnival, unless  they change the location from the boulevard.

Business owners have long complained when the carnival is on the boulevard, because they lose almost all their business during the carnival days, as streets are closed for circulation. Also, traffic gets crazy since the boulevard is one of the main streets to get in and out of Ensenada.

Jorge Menchaca, head of the local chamber of commerce, and Jorge Cortes, president of the business council, assured that the carnival affects about 200 local businesses greatly when it’s done on the boulevard.

They are proposing to change the location to Playa Hermosa, where it has been done a couple times before and affects a lot less businesses, although it has gotten a lot less people when it is done in this location.

The city of Ensenada is between a rock and a hard place regarding this, as they have already received the 1 million pesos payment from the event organizers, who have already promoted the carnival heavily in most of the media in this location. If the city decides to change the location at this point, it will surely piss off organizers, who in turn could sue the city for breach of contract.

“With the opening of these two properties, we will contribute to the development of the tourism industry in Ensenada, with hotel infrastructure. At the same time, we are offering travelers another lodging option, backed up by a recognized national hotel chain,” said Monica Narro, head of public relations for the hotel chain.

Snow birds flock to Algodones. Tourism officials from Mexicali said that more than 281 thousand snow birds visited the city of Algodones in Mexicali, nicknamed “molar city” because it has more dental offices per capita than any other city in the world, during 2018 generating an economic benefit for the area of 40 million dollars.

Snowbirds are people from Alaska, Washington, Oregon, Idaho and Montana in the US, and British Columbia, Alberta and Saskatchewan in Canada, that fly over to warmer climates.

In this case most of these are warming up in the sea of Cortez, and they take advantage of the lower dental service prices in Algodones, which are normally 50% to 70% less than in their home countries.

Luis Moreno, state congressman from the “Transformemos” party, said that the cancellation of the plant is imminent since the state government was not able to give the assurances needed for the company.

The time limit for the state government to offer these assurances, which were an increased water price from the water agency, along with some tax breaks and funds to pay for the water, was December 31st last year.

State congress did not approve the changes needed, although the state government was supporting the controversial project that was also opposed by local environmental groups and many citizens.

Consolidated Water is still hoping that the state government rescues the project, which seems far-fetched, considering the majority of the state congress is now held by parties opposing the plant.