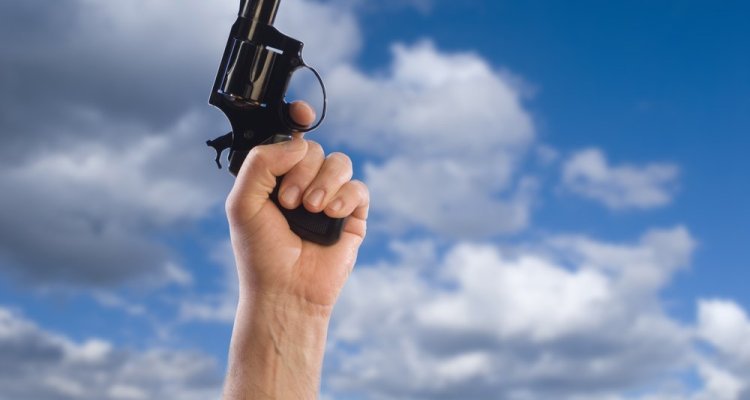 Shooting. Despite campaigns and laws against shooting up, New Year’s revelers continue the tradition of firing guns at the stroke of midnight. And if you don’t have a gun, police in Sinaloa will lend you one, which proved fatal for a seven-year-old girl in Oaxaca after she was struck by a stray New Year’s bullet. The little girl and her family were seated outdoors and preparing to enjoy a New Year’s Eve dinner when she appeared to faint.

At about the same time that Vivian was hit, two local police officers loaned an automatic rifle to a New Year’s reveler, so he could join the fun and fire shots into the air. The two are under investigation after a video of the incident surfaced. After the video appeared, they were relieved of their weapons and put under investigation. Don’t expect more than a slap on the wrist.

General Motors has retaken the title of No. 1 automaker in Mexico after an eight-year hiatus inflicted by Nissan.

The United States manufacturer made more than 801,000 light vehicles in Mexico by the end of November last year, a 9% increase over the previous year. It was also the top auto exporter from Mexico, with over 775,000 of its new vehicles shipped out of the country. Japanese automaker Nissan, which was Mexico’s largest between 2011 and 2017, made 717,100 vehicles in the first 11 months of 2018, a 9% decline from the previous year.

GM on a roll. The numbers are a reflection of GM’s renewed manufacturing focus in Mexico and the difficulties faced by Nissan due to a contraction of the Mexican auto market. By increasing its production capacity in Mexico in the past two years, GM thumbed its nose at President Donald Trump. To add to Trump’s consternation, GM announced it plans to manufacture new models in Mexico, including the Chevrolet Equinox SUV, the GMC Terrain and the Chevrolet Blazer.

The new trade agreement late last year between Mexico, the United States and Canada will bring changes to the North American auto sector and push up manufacturing costs in Mexico, but GM and other U.S. manufacturers are well prepared. Among the changes agreed to in the new pact, known as USMCA, are an increase to regional content levels to 75% from 62.5% in order for a car to be given tariff-free status, and a requirement for 40% of content to come from high-wage areas where workers earn at least US $16 per hour.

The trade agreement, which may or may not pass Congress, will replace the 25-year-old NAFTA at the start of 2020. Or not. That $16 wage is about as likely to happen as Mexico paying for the wall, but by that time, if Trump is still president, he won’t be paying attention to the art in this deal.

Gas grief. The same night President López Obrador reported the pipeline that runs from Tuxpan to Azcapotzalco was fixed, it was breached again. “It was working and at 11 o’clock at night it was broken again, and it is being repaired again; I am informed that in an hour the supply will be re-established. As I have said, let’s see who gets tired of this bullshit first.” OK, so he didn’t say bullshit. If you want a word-for-word quote, you can learn Spanish and listen to him yourself. He gives press conference every morning at 7 am, which is carried live on Youtube.

This week, another pipeline was vandalized for three consecutive days. Security will be reinforced along the main pipelines of Pemex, and President AMLO announced new special bases chock full of soldiers ready to charge out and arrest the fuel thieves. Ja! Even a cat knows better than to expect to see that. There will also be aerial surveillance, he said. “Since yesterday and today begins surveillance in air force helicopters in all pipelines and special bases are being created every certain distance.” Forever? 9,000 extra soldiers and guarding the pipelines. For how long? The thieves will just lay low until AMLO gives up on this silly game.

More gas grief. The federal government’s fuel theft strategy has not only stranded motorists unable to get gasoline, but ships are stuck as well: at least 60 oil tankers are stranded in Mexico’s principal ports, unable to unload their fuel because Mexico is afraid to send the fuel they already have through the pipes. There are not enough tanker trucks to distribute it.