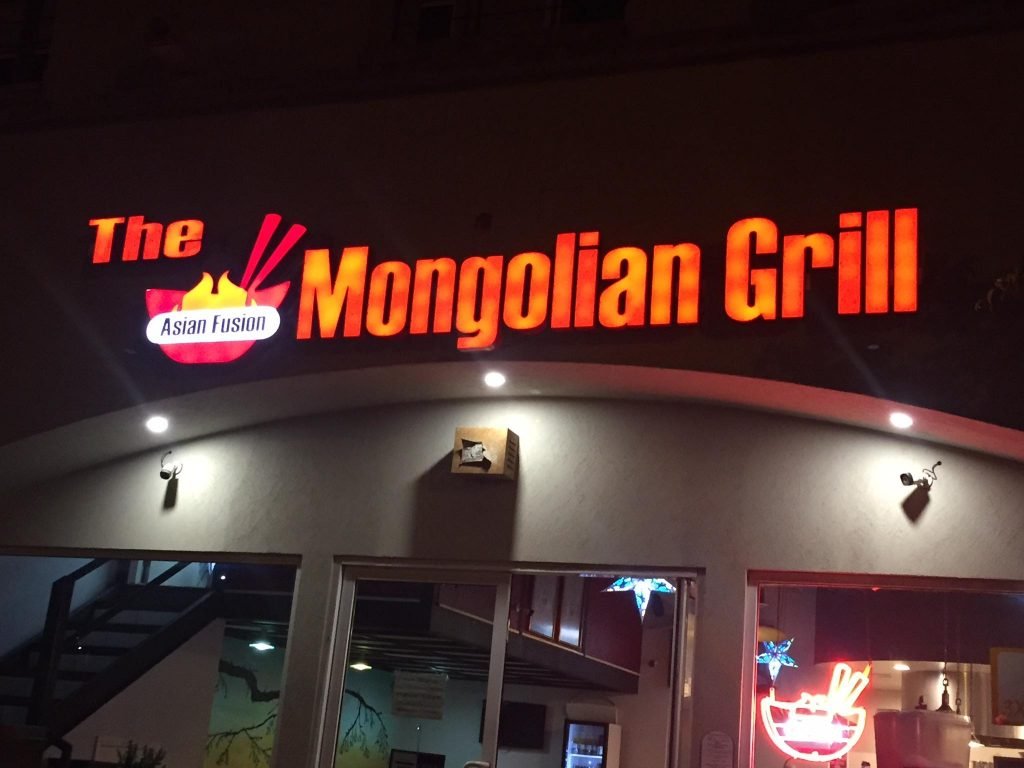 On October 2nd a couple with a local and international family history bought the building and took ownership of the Mongolian Grill. Their family ties go back deep in the history of Southern California, in Mexican history and in the history of the city of Rosarito in particular.  Julio and Juliana Ramirez are the proud new owners of the Mongolian Grill.

Julio’s grandfather was a true charro.  He rode his horse sporting a sombrero carrying a pistol on his hip. Most people were wary of him because he was a tough character. He wandered into this area from Jalisco with his family, who have now lived in Rosarito for generations. When Julio was seven years old his grandfather gave him the house that he lives in today. It is located west of Ortega’s restaurant down by the beach. At that time the only establishments in Rosarito were the Hotel Rosarito and the El Nido restaurant. His grandmother’s side of the family includes members of the Kumeyaay tribe. The tribe’s traditional lands occupy both sides of the border from Temecula to as far south as Ensenada and east to Tecate. Today the tribe owns and operates the Pala Casino.

Juliana’s great grandfather was the Vice President of Mexico under the dictator Porifio Diaz.  His name was Ramon Corral Verdugo. Corral had a very illustrious political career in the State of Sonora, holding many offices including Governor of the Federal District. From that office he became Secretary of the Interior and Vice-President of the Republic from 1904 to 1911.  In his later years he moved to Paris where he was treated for cancer. Unfortunately after the operation his cancer was deemed incurable. Since he could no longer serve Mexico he decided to submit his resignation. He signed his resignation letter in Paris on May 10. 1911.

Julio and Juliana are both dual citizens: United States and Mexico.  Julio worked for many years at a subsidiary of General Dynamics which built ships in San Diego.  He was a welder.  He was good at it and made great money while Juliana raised their daughter at home.  But being a welder was not his dream job. Both of them always wanted to own a restaurant.  They had often come down to eat at the Mongolian Grill and loved the food.  When they discovered that Lee and Chris wanted to sell and travel the world they jumped at the chance to fulfill their dream.

The Ramirez’s say they are not going to change the menu, which they love, in any drastic way. But they may introduce a couple of new items. They want to improve the appearance of the restaurant to make it more homey and welcoming. They want to add booths for privacy on the left side and are upgrading the chairs and other tables for better customer comfort.  They are seeking a permit to add a patio out front and to make the entrance more handicapped friendly.  They hope their customers will stay awhile enjoying the food and company, not just eat and run.  Both Julio and Juliana are very warm and easy to talk to. So drop in to the Mongolian Grill and enjoy their famous bowls of meats and vegetables. You can choose your food yourself, packing the bowl down to overflowing. Then the chef cooks your food on a large flat top grill, mongolian style. Fantastic!  Try their pizzas as well: they are absolutely delicious