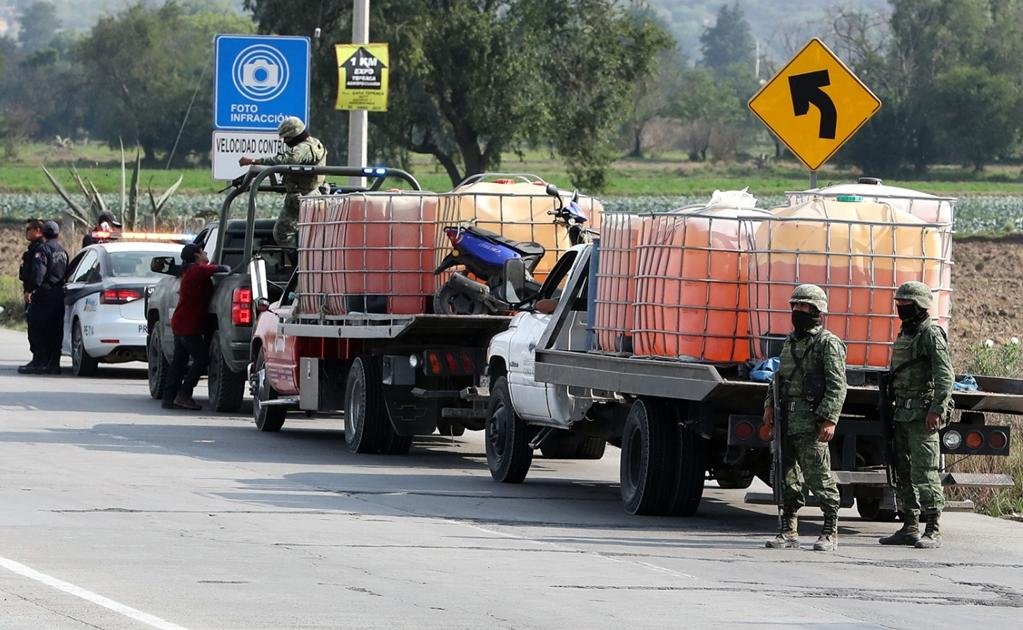 Pipeline taps. Petroleum theft, committed by gangs of thieves known as huachicoleros, costs Pemex US $1.6 billion a year, and is just getting worse. Officials blame this trend on Pemex workers in cahoots, and because people living nearby protect and often join in the effort. They view the robbery as   getting back at Pemex for rising gasoline prices.

Good idea for tires. The seventh annual used tire collection drive in Cuernavaca, in the state of Morelos, collected 46 tons of old tossed around tires from streets, homes and businesses.

Known as Llantatón, the event was run by the local Sustainable Development Secretariat (SDS) and the Japanese tire maker Bridgestone. Yup, believe it or not, Bridgestone had always been a Jap company. It’s the English version of the word in Japanese for bridge stone. What??

The problem is, rainwater collects in used tires left around, becoming breeding grounds for mosquitoes. The collection drive was designed to remove the hazard. They also kept the tires from reaching rivers, ravines, streets or open-air dumps.

In the seven-year history of the tire collection marathon it has rounded up 446 tons — an estimated 46,000 tires, which have been used as an alternative fuel in the cement industry or reused as furniture parts or an asphalt ingredient.

Raising The Price Of No Water City officials in La Paz are warning about raising the price of water delivered to their 104,000 homes, 70,000 of whom don’t even have a meter. Well, that’s alright, since La Paz doesn’t have water.

Although a lot of their watery  is pretty spotty, the official price of this “non delivery” is about 40 cents US for about 270 gallons. The average in Mexico for that much water is about $1.60.

Mayor Ruben Munoz explains, “We would like to start with the tariff update program, but first the administration needs to improve the quality of the service and once we have made the service more efficient, then I will propose the increase in tariffs.”

This effort was halted by top Democrats in Congress and so far dismissed by the Mexican government. Well, it might work better than a wall.

Thousands of Central Americans travel through Mexico to reach the U.S. and either cross the border illegally or legally. In any case, the Trump administration doesn’t want them and is willing to pay the Mexican government to deal with it. Although Mexico says they want no part of this plan, it would be just like Mexican officials to take the money anyway. And why not? $20 million bucks doesn’t grow on cactus.

Put that call on hold. In a crackdown on extortion calls, almost 3,000 cell phones have been taken away from prisoners in seven prisons. “Suspicious” telephone equipment was found among 20,000 inmates, and they are linked to 6,926 chips.

In order to establish a cell phone as “suspicious”, the telephone companies took into account factors such as whether these devices presented an “atypical number of outgoing calls” or that they worked with several chips. The 3,000 phones made 3.7 million calls last year.

The authors of this report urged prison authorities to design a program that reduces the number of cell phones in prisons. It was also suggested that prisons block all outgoing calls.

Prisoners rent the phones by the day from other prisoners, and then sit on their bunks and dial for dollars all day long. They call random numbers and threaten people with bodily harm or kidnapping if they don’t pay. Some people are tricked into paying.

Trump hires Mexicans. The Trump administration is moving ahead with a plan to pay Mexico $20 million to deport migrants from Central America and prevent them from reaching the U.S., even after the plan had been cancelled.

Those pesky laws. The Senate is trying to establish penalties of between one and three years in prison for those who promote, apply or fund therapies that claim to cure homosexuality. It also proposes to suspend the professional practice of physicians who promote or apply these practices.

The United Nations withdrew homosexuality from the list of diseases in the 1990s and advocated eradicating these supposed therapies as being “a painful and cruel practice”.

Lotta scofflaws. Four out of every 10 electricity customers in Mexico City don’t pay their bills, according to the Federal Electricity Commission (CFE). That’s 1.15 million customers. CFE is not amused.

That accounts for 41.4% of the 2.77 million electricity customers in Mexico City. The number of defaulters increased by 282% between January 2012 and August 2018. Contrary to what might be expected, the increasing number of people not paying for their power consumption is not a product of any dramatic increase in electricity rates. CFE data shows that prices have gone up by just 3.5% in Mexico City over the past six years, less than half the average 7.75% hike across the country.

Other states with high numbers of people who don’t pay their electricity bills include México state and Tabasco. Not in this state, you will notice, as around here CFE is quick to cut the cord. You will be in the dark within days after ignoring a CFE bill. And if the bill gets blown off your door knob before you get home from work, break out the candles. In Mexico City, México state and Tabasco as well as Chiapas and Veracruz, a large number of customers who refuse to pay their bills are claiming “civil resistance” against the public utility, a movement that first began in 1995.

To make CFE’s problems worse, President-elect López Obrador said in July that his government will cancel the debts owed to the CFE, but stressed that the “clean slate” applied from July 1 of this year.

Between this January and July, the CFE cut off more than 3.2 million residential customers across Mexico for failing to pay their bills.

Drink beer. More than four million Mexico City residents will have no running water for up to five days at the end of this month due to maintenance of the capital’s main water system, and people are already wringing their hands over this. The Mexico City government advised residents to prepare by stocking up on water before it begins, adding that water tankers will be used to supply hospitals, schools, prisons and other public places. Everyone else is on their own.

Buncha whiners. We here in Northern Baja go that long without water, and don’t even get any warning. Supposedly the local water agency warns us on their website or facebook when a particular neighborhood is going to go dry, but don’t count on any accuracy there. Nor do we ever know when the water is going to come back on. Don’t see us whining like the Mexico City folks.