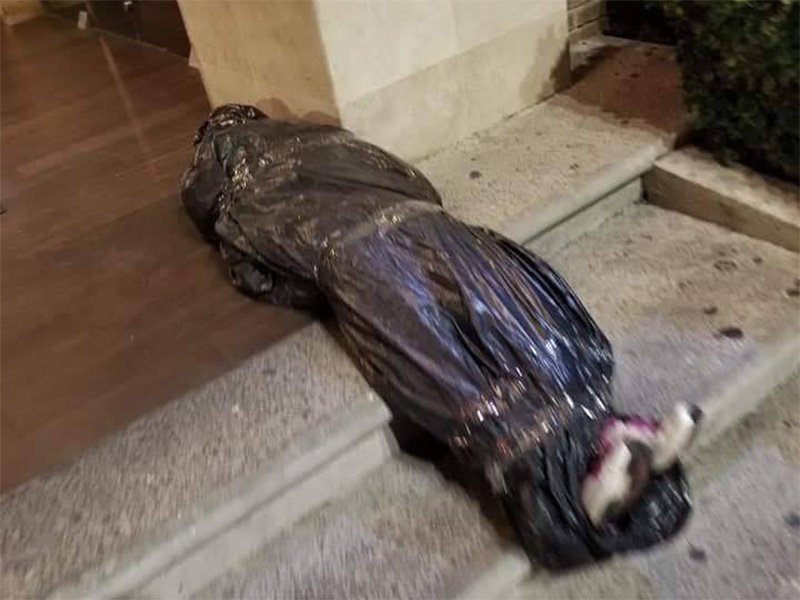 A bad choice in Halloween decoration caused uproar between clients of the Tijuana location of the american restaurant T.G.I. Friday’s this past week.

Users in social media showed their indignation after pictures of their choice of Halloween decoration, a black bag taped in the shape of a body that was placed on the entrance stairs of the restaurant, went viral.

One Facebook user said he thought that the decoration was in very bad taste, and a bad joke for the thousands of people that have lost a loved one to the growing violence in the area.

Others offered insults and accused the Tijuana location of being insensitive and even idiotic.

Some people said that they didn’t even know it was a decoration and thought that someone had left a dead body in there for real. Unfortunately not an uncommon sight in Baja these days. 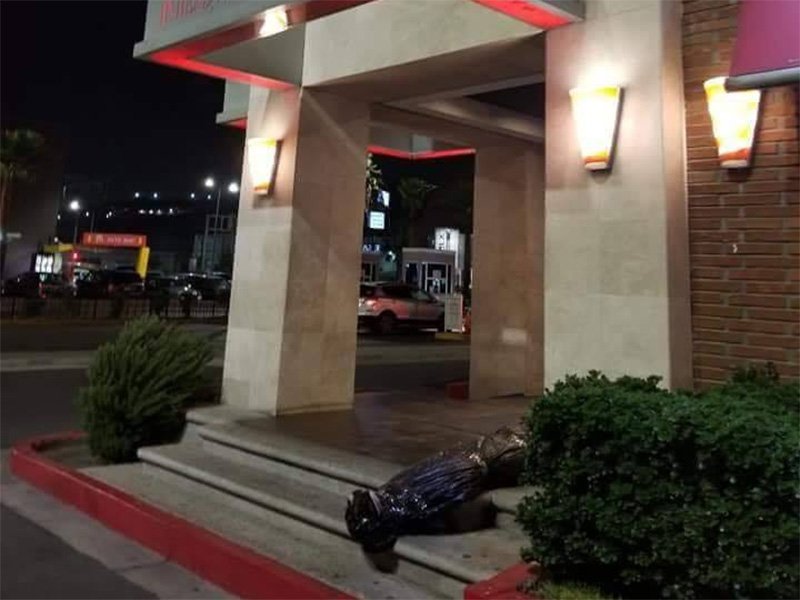 After seeing all the controversy generated by the decoration, the restaurant decided to remove the decoration and publish a statement on their Facebook page:

“Friday’s is a franchise, and as every year, for the upcoming Halloween and Day of the Dead celebrations, there was a misunderstanding in one of the decorations we chose for our front door, regarding that we apologize in the name of everyone that works in T.G.I. Friday’s, and specially to the people that were bothered by it, it was not our intention and the decoration was already removed. Thank you for your comments and support.”

This is their original statement (in Spanish):