Ensenada city council has unanimously approved yesterday a new rule that will start a procedure to make Playa Hermosa the second tobacco smoke-free beach in Mexico. The first one was San Martin beach in Cozumel but the project is now abandoned in there.

ZOFEMAT (the ones in charge of the federal zone in the beach), will be in charge of certifying the beach before the COFEPRIS (The federal commission for protection against sanitary risks). COFEPRIS is the only authority that can certify a place as “smoke-free”.

Jorge Martinez, local councilman, stated that they will help organize, coordinate and implement the necessary infrastructure for this to happen. He said that signs will be installed on the beach and that a surveillance committee will be formed to enforce the new rule and get the federal certification.

The announcement comes just a few hours after Terra Peninsular stated that in their recent cleaning efforts of local beaches, they were able to gather almost a ton of trash which included 1,495 cigarette butts in just over half a mile of beach. And this wasn’t even in Playa Hermosa, which is the most visited beach in the city. These are the complete results of their cleanup (Yes, we know it’s in spanish, this has little icons so you should be ok): 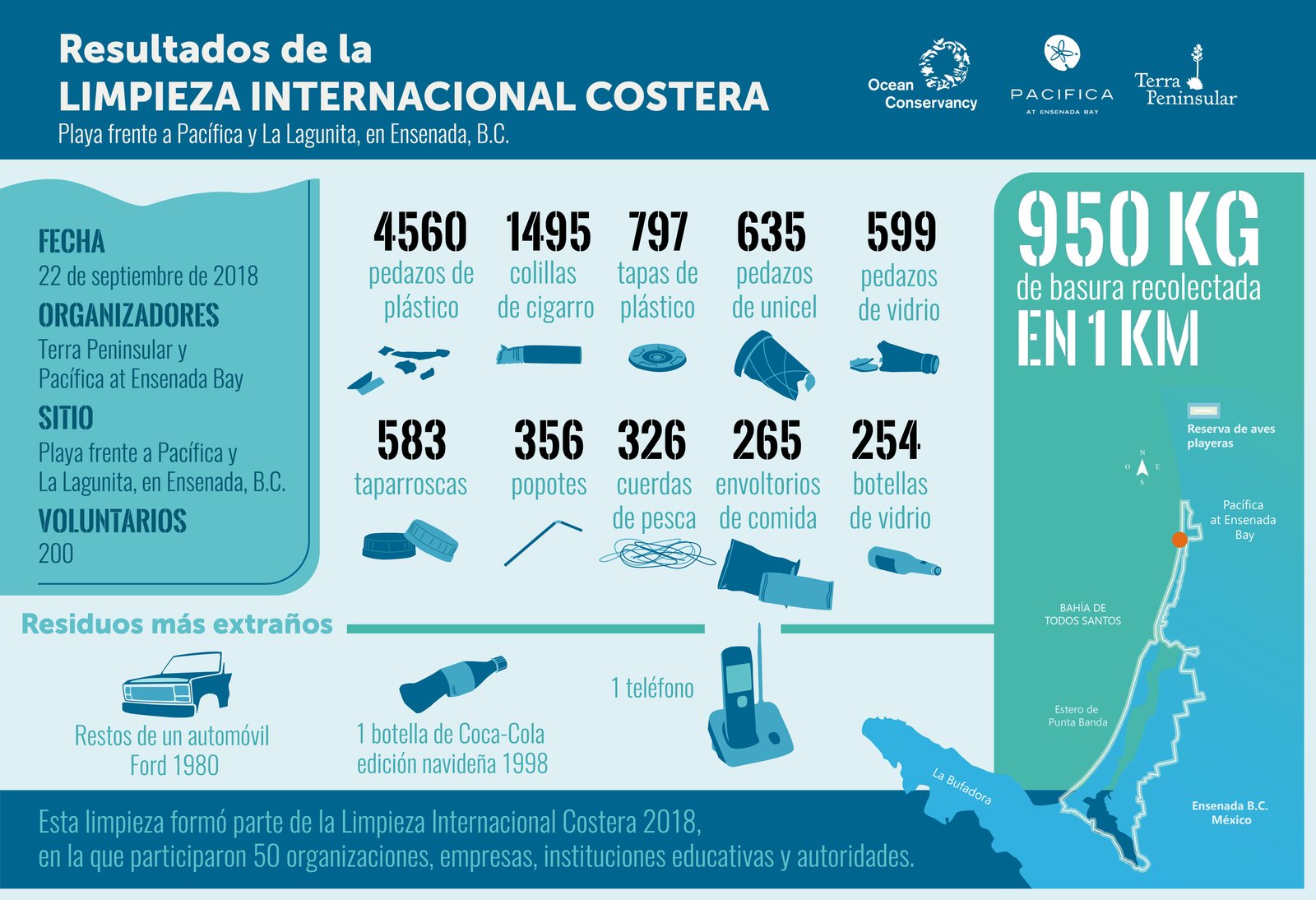 Hopefully authorities around here will keep the designation longer than San Martin in Cozumel, where now, after only 4 years, people are mostly unaware of it’s smoke-free designation because no one bothered to replace the decaying signs or have anyone in there to enforce the non-smoking rule.