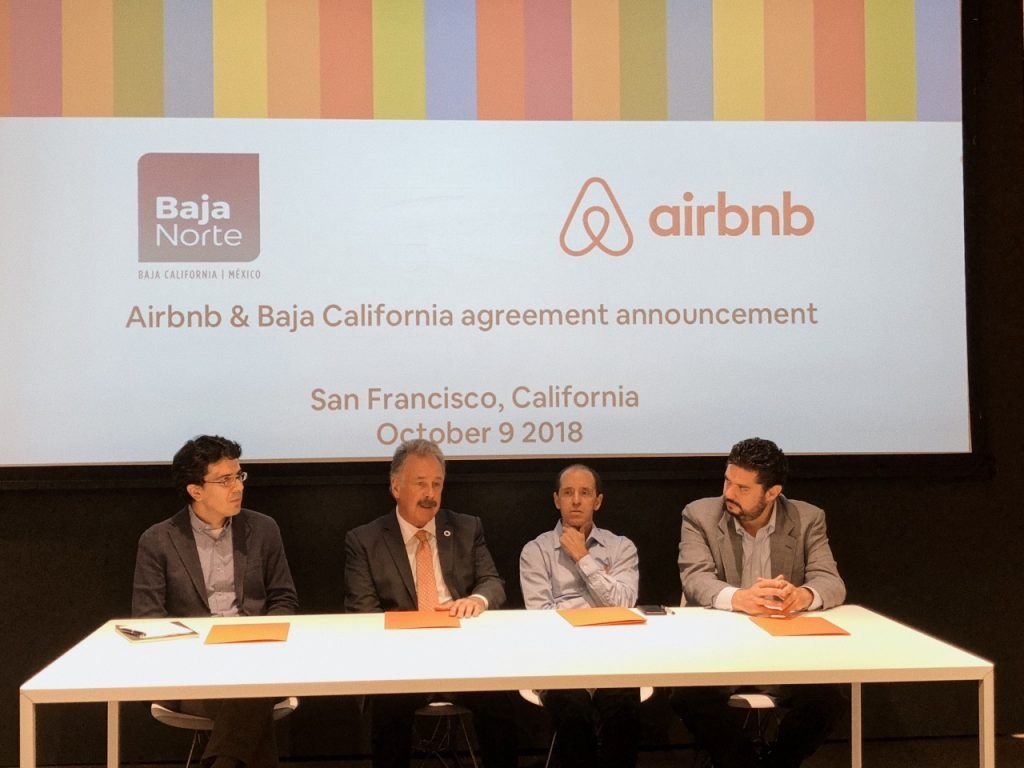 Tourism authorities, headed by Oscar Escobedo, announced that they have signed an agreement with Airbnb to start collecting the 3% lodging tax that is normally charged to all hotel room reservations.

This tax is, allegedly, used to promote the destination and bring more tourists to the destination but, of course, this has been a matter of discussion before as not all hotel owners agree on what the government uses the money for.

Airbnb has been available in Baja Norte for a few years now, and is the 11th state where an agreement to collect this tax is signed in less than a year. From January to July this year, over 200,000 travelers used Airbnb to stay in one of the 4,600 available accommodations in Northern Baja.

In 8 months, the company was able to collect about 2.2 million USD from this 3% tax in the state of Quintana Roo, with that in mind it is expected that the remaining Mexican states will start signing agreements with Airbnb to collect this tax.

Rafael Garcia, president of the Mexican association of hotels and motels, although happy that more and more states are charging this tax (that they have always had to pay), says that more needs to be done to level the playing field, as they still have to pay a lot more taxes than Airbnb hosts.

According to researchers from the Anahuac University, about 272 million USD  were lost last year in not charged income tax from Airbnb rentals, a tax that regular hotels do have to pay.