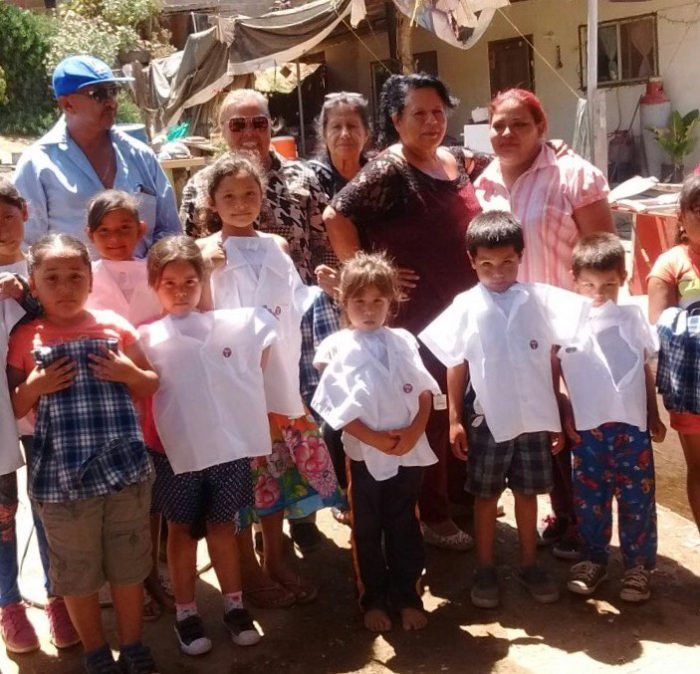 Fundacion de Amazonas was founded about 6 years ago, and its original goal was to provide shelter and employment opportunities for battered women.

The project was established by Nataly Valdos, who named the organization “Amazonas” as recognition for the fact that historically, women have shown strength, resolve, and capability in situations where such characteristics were beneficial.

Working with women in the community to acquire the resources necessary to initiate and expand the program from a concept to a reality, Nataly found several people eager to assist her in achieving her goal.

What better time than October to recognize the altruistic efforts of Nataly and women like her, because this month is Breast Cancer Awareness Month. BCAM is an annual global campaign by major breast cancer charities, all of which seek to increase awareness of the disease and to raise funds for research into its cause, prevention, diagnosis, treatment and cure.

It also stresses the importance of annual screening to detect the presence of the disease early, thus allowing treatment to occur before the situation becomes a major crisis.

Nataly is a cancer survivor herself; she’s 58 years old, and has been undergoing cancer treatment for the last 4 years.

In keeping with the moniker “Amazonas,” Nataly has shown her strength and resolve in maintaining the program to provide opportunities for women to find work that gives them a sense of accomplishment and simultaneously satisfies a need in the community of which they are a part. She refuses to let her own difficulties deter her from providing the essential service that is so meaningful to her, and so helpful to others.

Nataly met a friend through the Ensenada chapter of Companeros Asociacion Civil, a local partnership of people who meet to focus on, and attempt to resolve, issues within the community.

Together, they envisioned an opportunity for women to work by learning to use sewing machines to manufacture clothing and accessories which they could then sell as a means of supporting themselves.

Nataly and her friend, along with other women who joined their cause, solicited funds from the community to purchase the machines, along with the materials and accessories necessary to begin their projects and to embark upon a newly found sense of worthiness and independence.

These women, who had suffered physical and sexual abuse, neglect, domestic violence, and financial insecurity were now able to support themselves in a manner which gave them a sense of pride and accomplishment, while at the same time teaching them a new skill and fulfilling a need within their community.

Initially, the idea was to simply make clothes and sell them.

Eventually, the ladies realized that besides engaging in a sort of “retail” activity, they could assist other members of the community by providing clothing to children in orphanages and schools.

In that way, they themselves became benefactors, graduating from people in need to people now in a position to help others in need.

Their work has been gratefully received by the children, who look sharp and feel proud in wearing garments that are clean, new and stylish, clothing which was made specifically for them.

As with any charity during the Covid-19 crisis, Nataly and her organization needs donations and volunteers to continue the community service which she and her friends so unselfishly provide.

Please search for her timeline on Facebook under “Fundacion Amazonas de Ensenada” and offer whatever help you can to make life a little better for these women, who in turn make life better for struggling children and others in need.

Thank you for your support!