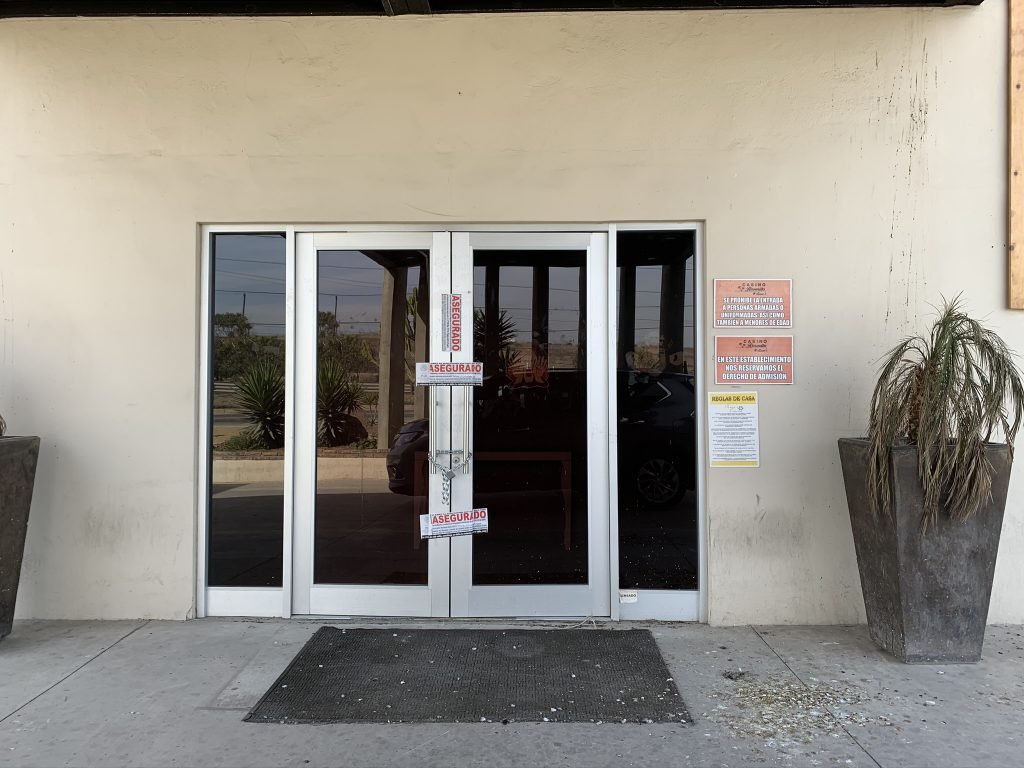 On October 7, the Directorate of Inspection, Verification, and Ordination of Public Roads implemented an operation in the four casinos in Rosarito to verify whether they had municipal permits to operate.

During the operation in Rene’s Casino, those in charge assured they had the documentation in order, but they never presented it, so the city inspectors proceeded to close it.

Later, federal inspectors from the Department of Justice (PGR), trough the Federal Public Ministry, proceeded to place seals on the doors corresponding to the closure because they didn’t even have the operating permits granted by the Federal Government through the “Secretaría de Governacion” or Office for Domestic Affairs.

More than a month after the closure, the owners have not shown the required documentation, so the establishment has remained closed.

City Hall Secretary, Manuel González Araujo, explained that if a business of this type does not have the proper permit issued by the Federal Government through the Office for Domestic Affairs, it cannot access other municipal permits, including the sale of alcoholic beverages. He also mentioned that during the operation, this turned out to be the only casino without the corresponding federal permits.

The big question here is how could they operate for years without having the proper permits.