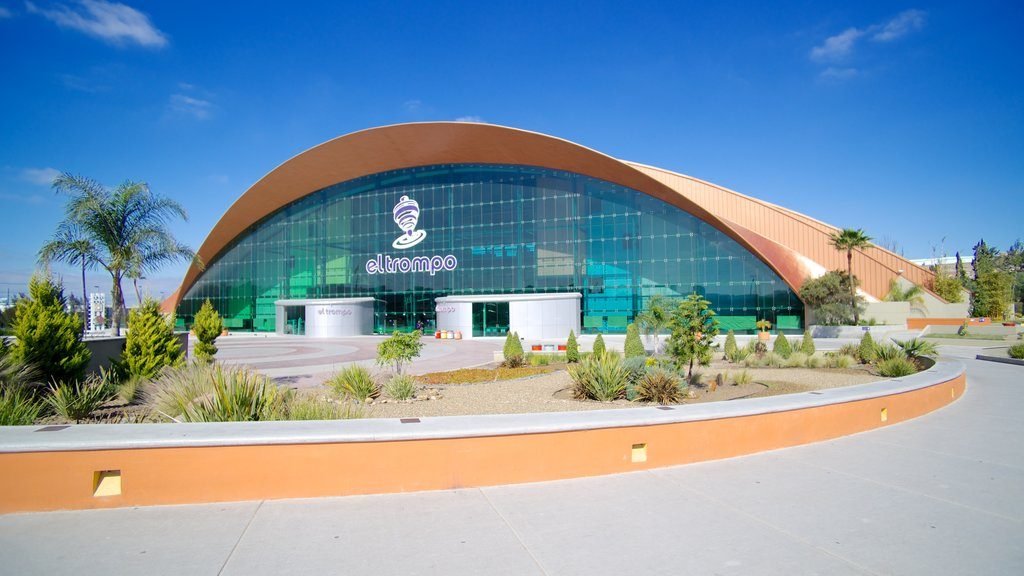 I discovered something new this week – well, new to me. While driving the “Sentri route” through Tijuana, one passes all these green “El Trompo” signs featuring an illustration of a spinning top. El Trompo is an interactive museum in Parque Morales near CECUT and CEART Tijuana.

On August 23rd, the museum inaugurated a new planetarium project, open to the public six days a week, but geared to primary and secondary students. Constructed by Planetarium de Torreon, the El Trompo planetarium salon measures nine meters in diameter with a 180-degree projection screen and has a capacity for 50 people per showing with accommodations for the physically challenged. The laser projector system is a state-of-the-art laser with 4K image quality, coupled with a Surround Sound digital system.

Some believe that to be a planetarium the location must include a telescope but in reality, a planetarium is a theatre for presenting educational programs about astronomy, and in this case, astronautics, “the theory and practice of travel beyond Earth’s atmosphere.” (Thank you, Wikipedia).

The primary functions of this ambitious project are the development of astronomical research, instrumental and technological development, and the teaching and communicating of science. El Trompo planetarium will be an innovative tool to foster the interest in the sciences, not only for educational scholars but for the general community as well.  Whereas the programming is geared toward students of the primary and secondary grades, this should not stop adults from attending.

Four films will alternate in the planetarium’s programming; “Tochitli: The Adventures of the Lunar Rabbit,” “Losing the Darkness,” “From the Earth to the Universe,” and “Mayan Arqueoastronomia (astronomical archeology): Observations of the Universe.” Other topics will include current astronomical research being done in Mexico, light pollution, Mayan myths, and other modern topics that will help us to understand our place in the cosmos.

This is the only planetarium in Tijuana and only the third planetary museum nationwide with this high of a quality projection system. El Trompo is open Tuesday through Friday 9:00 – 5:00, Saturday and Sunday 10:00 – 6:00. Astronomical programs are shown Tuesday through Friday at 2:00 pm, Saturday and Sunday at 12:00, 3:00 and 5:00 pm. The most popular hours are Wednesday and Thursday, 1:00 – 4:00 pm, and since programming is created to interest students (read: school groups), it could be a bit noisy during these hours. Admission for the general public is 50 pesos and the school package including interactive rooms is 45 pesos. Check out their informative sites at www.ElTrompo.org or on Facebook.com/ElTrompo.