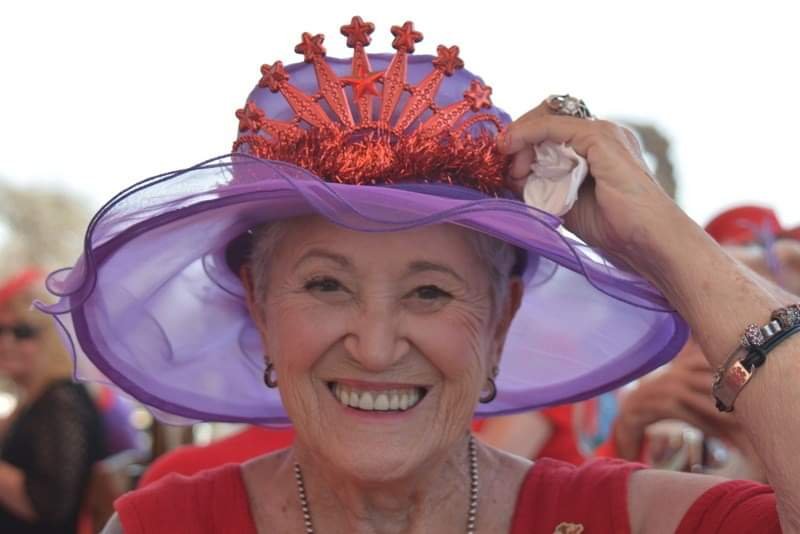 If you’ve lived in Baja California for a while, chances are you’ve met her, heard her name, or participated in one of her many activities:  Tillie.  Matilda “Tillie” Foster, who arrived in Ensenada in 1978, has a long and fascinating relationship with Baja California.  After building a home in the expat enclave of Punta Banda (45 minutes South of the city), she served in leadership roles with La Sociedad de Vecinos de Punta Banda, which included helping to raise funds for the local volunteer fire department.

Tillie is a gracious hostess, having worked with the Hotel San Nicholas & Casino for 25 years, retiring from there in 2014.  She has worked with diverse professional groups over the decades, including the Chefs de Cuisine of San Diego, the Cancer Association of BC and the Paella Mas Grande & Paella Competition in Ensenada.  In the early 1990’s, she organized the 1st International Baja Roundup for Alcoholics Anonymous, and volunteered to serve as a PR ambassador for the city at various travel shows in CA, NV, and AZ.

In March of 2019, my wife and I had a chance to experience Tillie’s work first hand when, at the age of 86, year, she again led a group on a guided tour to Guerrero Negro, where we stayed with the group for two days, during which we all enjoyed a life-changing whale-encounter experience!  Having a 50-foot whale and her calf approach your small panga and allowing you to pet them is a  life-changing experience!  This was Tillie’s 25th year leading “Tillie’s Whale of a Time,” and her relationships built over those decades permitted us access to all the best service providers and optimum dates.

Since 2000, Tillie has also served as the coordinator between Ensenada and the Southwestern Yacht Club in San Diego, assisting with their regatta planning, now in its 52nd year.  She also is the Ensenada contact for Sharp Hospital (Chula Vista, CA) Global Patient Services, arranging for helpful medical seminars in our area. Beginning in 2004, she also organized the Ensenada chapter of the International Association of Red Hat Society, which hosted 3 international conventions during her leadership tenure.

Of course, Tillie’s contributions have been repeatedly recognized over the years.  Here are just a few examples:

2003:  Received a Philanthropic award from the International Foundation of Ensenada, the Rotary Club Calafia, and CETYS University, for her contributions to a philanthropic culture in the City.

2011:  Named to the Baja Image Committee as representative of the American community in Ensenada, representing the City through radio interviews with Travel Talk Radio, etc.  In August of 2011, she received a recognition award from the Mayor of Ensenada for her contributions.

2012:   Recognition Award from The US Consulate General in Tijuana for helping the American expat community that resides and travels in Baja, and for serving as a “Warden” for our area.  Also, she received another award, this time from the Governor of BC Jose Guadalupe Osuna, for her role in promoting Baja California.

Tillie gathered with friends at a local restaurant for her birthday last month and enjoyed live music, food, and camaraderie, with each participant sharing their own personal “Tillie tale!”

While she may have slowed down a bit at age 87, Tillie continues to work at home as a representative of the American community.  Tillie says “I love Baja, and have adopted Mexico, her culture and her people as my 2nd country.   Baja is a wonderful place.”

Indeed.  A place made even more wonderful thanks to our own “Baja Queen.”  Happy Birthday, Tillie!

Mark Tuniewicz serves with Tillie Foster as a Citizen Liaison Volunteer, or “warden,” for Baja California in coordination with the US Consulate in Tijuana.  He resides in Ensenada.