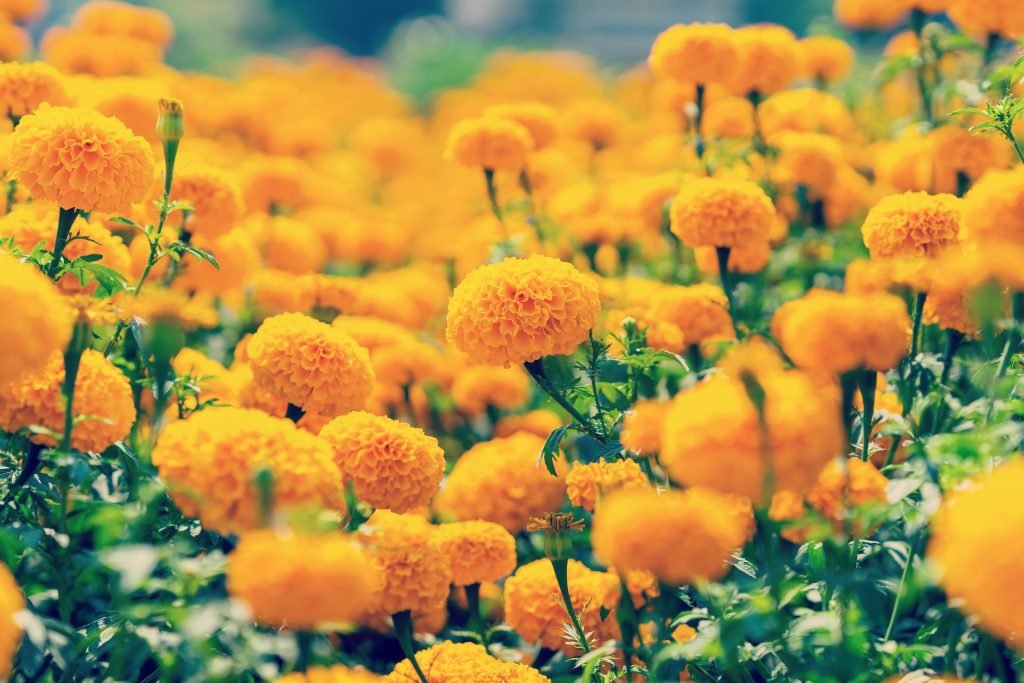 If you’ve been driving round town lately, you may have noticed the budding flower stands popping up everywhere, offering bright orange flowers in pots and by the bunch. It is the season of the cempashuchil.

The cempashuchil is the ceremonial flower of the ofrendas, or Day of the Dead altars, from October, through November 3. Also known as marigolds or flor de Muertos (flowers of the dead), this blossom is the traditional flower to decorate not only altars, but gravesites throughout Mexico. Even though the marigold blooms in white, yellow, and orange, the orange is the traditional color chosen for this holiday, and one of Mexico’s most important traditions.

The flowers sold in Rosarito, Tecate, Mexicali, and all over Baja are grown right here in Rosarito, at the El Carrizal Ranch in Rosarito Canyon; started by one of Baja’s first families, the Machados.

Only a mere 300 yards from the Rosarito Beach Hotel as the crow flies, the El Carrizal Ranch, owned by Machado descendant, Jorge Luis Hinojo Gonzalez is one of the oldest farms in the Rosarito area. This region was, at one time, the border between the United States and Mexico. In actuality, the US/Mexico border has been “relocated” several times throughout history. It’s kind of nice that the border has moved, and there is not a wall running across Benito Juarez Boulevard.

Rancho El Carrizal is open to the public as well as wholesalers, so feel free to run up and see the b eautiful fields before they are all harvested for the season.  But be careful when visiting the marigold fields; there are bees… lots and lots of bees.

Directions: go east and under the cuota on Calle de la Palma, from the Festival Plaza Hotel. Turn south, continuing past the Oxxo and gas station onto a dirt road (Calle Alta Tension). Turn right at the bend in the road, and follow the signage reading “Ruta Eco Turistica Canyon” to the gate of El Carrizal, and the signs that read: “El Carrizo Cempasuchil” and “Verita flor de cempashuchil  Mayoreo y Machado.”

Whether you have a traditional Day of the Dead altar at the house, or want to cheer up a gravesite, or just want to have something pretty on your coffee table, pick up some marigolds in town, or at the ranch, and enjoy.