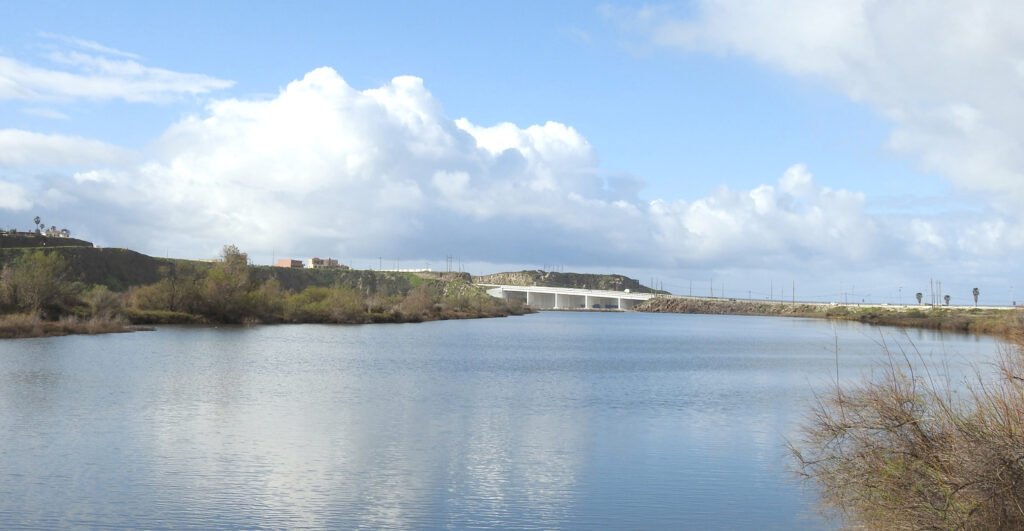 Water Watch for 2022 is a portent of times to come. I first began writing about where the water for Baja California came from in 2007. There were warnings even then. It was said that the 21st century would be about water as the 20th century has been about oil. More recently you will find on the Gringo Gazette website a two part Water Watch, August for 2021: Part 1, “Our Water Supply is Not Unlimited,” informed the readers that 86% of our water comes from the Colorado River and the amazing feat of engineering that went into bringing the water down from the Colorado River. Part 2 of Water Watch warned of the cuts to our allotment from the Colorado River that would be coming in 2022. The cuts are here now. There is no report of any new progress to avert more shortages, and it would seem most people are still unaware of the critical facts.

In April of this year, San Antonio Del Mar held a community workshop on their issue of water and sewage treatment. While their main focus was the toxicity of the ocean waters that still take the run off wastewater from Tijuana, Margarita Diaz, the Directora Proyecto Fronterizo, was there to give a comprehensive overview of what is happening with the water for Baja. Her report was dismal.  The facts laid out in the first Water Watch articles last year have worsened today. These facts are based on the continuation of a 22-year drought, extreme heat in the west, agriculture usage, and over development.

Margarita is a thirty year Water Protector veteran, cofounder of the nonprofit; Proyecto Fronterizo de Educación Ambiental A.C, PFEA, for awareness has had a rough go of it. She is a one woman visionary attempting to move a stagnate consciousness of the people. She has been met with a lack of interest; however, more recently, she is facing unfriendly and harsh resistance. She presented her facts with impassioned clarity to the small community turn out. Her opening statement that day was having heard from her colleagues in Utah. This is a state which is part of the Upper River Basin and it is a beneficiary of water from the once mighty river. It was a disconcerting laugh as she explained, “They are really stressed. And that made me think if they are stress up there, how stressed should I be?”  She held the microphone and pointed to the charts, “The cut are here now!”

She reported that there is no longer any underground water for the Tecate Brewery which uses a huge amount of water in producing beer, and continued, “At this time due to the water cuts, Mexicali farmers are selling their water to Tijuana as the city’s population continues to grow. Margarita’s frustration level is pretty high when most recently she faced the men of CEPT and was told, “Don’t worry we have the Colorado and they have to give us the water.” And yet another insightful comment, “Don’t worry we have the ocean.” This fiery Mexicana rose up to her 5’ 4”stature and asked them point blank, “So, you are planning on drinking the ocean?” They had no response.

As Margarita pointed out, Lake Mead is a barometer for Baja’s water cuts. If the level should drop below a certain point, no water can be issued because there would not be enough water to turn the massive turbines that produce electricity at Hoover Dam; one of the largest hydropower plants in the United States. The 1944 treaty gave Baja an allotment of water, but was amended in 2017 dealing with the decline in US reservoirs. 2022 is the first year of the cuts and will automatically be reduced further for Arizona, Nevada, California and Baja. Whether or not you follow the Climate Change as a factor of life, you don’t have to be a scientist to know that if you leave a bowl of water out in the hot sun it will evaporate.  The Colorado River is like a big bowl of water that runs through the desert. The intensification of summer heat in the west creates a more rapid increase of evaporation. Rain and snow pack reductions each year are not filing the reservoirs and have not for a very long time. One spokes person said that it would take 4 years of rains and heavy winter snow packs to bring water levels back to sustainable. One of the reports Margarita shared came from the Utah Rivers Council who put it in laypersons terms. “The Colorado River is like a household income source and the reservoirs are like a huge savings account. For the last 20 years, the household’s income has declined and the residents of the house have been living off their savings. Yet some house residents don’t realize they have been slowly draining their savings account.” After Margarita finished telling us like it is, she apologized and wished she could give us some fast fix. Carol Clary, water activist and resident of San Antonio reported, “The reaction in the community to the workshop was total shock about the coming scarcity.” At this moment in time no one really knows what is going to turn this around locally, but waiting for Mexico to build a number of saltwater desal plants or being  “hopeful” that it rains is looking foolish in the face of the reality of the present situation.

A recent report in the New York Times announces a “formal declaration” of the water crisis…as hundreds of thousands more people have moved to the regions. After years of signs, finally a declaration! With groundwater rapidly depleting, California has no contingency plan for a persistent drought and it would seem Baja California doesn’t either.

Since there has been an unprecedented mistrust of the news media of late, some people use the words “conspiracy” or “fake news” for anything that makes them nervous or they disagree with. Facts are facts and how people process the facts is the real issue. In our case here in Baja, one only needs to look with their own eyes as levels in the reservoirs dropping or talk to the local farmers whose water pumps are not deep enough this year to reach the vanishing aquifers. Famiglietti went on to report that “parts of California have already depleted their primary reserves of groundwater and are now drilling deeper – tapping into prehistoric reserves that cannot be readily replaced. As these prehistoric aquifers are mined, they suffer irreversible structural damage.” Vance Kennedy, a retired research hydrologist for the Central Valley clearly states in a Mother Jones interview, “What I see going on is a future disaster…you are removing water that’s been there a long, long time. We are mining water that cannot be readily replaced.”

Man has never had much of a consideration for the Earth from which they extract their resources. Humanity learns the hard way about their planet that sustains them. In addressing Baja’s water allotment from the Colorado River, California is setting the precedence for cutting water to agriculture. Living in Baja we need to keep watch on what is happening north of us, because whatever happens up there will come down the pipeline to us, euphemistically speaking. It is unlikely we will hear anything about what is happening in Baja unless we do our research.  We don’t have easy access to local information from authorities as to what they are doing or not doing.  Margareta clearly spelled out that the local offices “are not talking to one another and the right hand doesn’t know what the left hand is doing.” All along the coast south of Rosarito there are 11 new condo developments underway and Primo Tapia has two massive housing projects; one is clearing a whole mountain above Primo Tapia and another is actually attempting to build on sand dunes south of town. If we are questioning, we have to wonder where the water is coming from to provide these developers’ needs for water to build the cement and concrete blocks constructions. More importantly where is the sustainable water flow to the households once built? Nevertheless, development continues “as if” there will be water for thousands of new homes in the foreseeable future. Baja California is a passive player in how water will be allocated from the Colorado’s complicated system of delivery. At this time, if it gets rough, it appears that we are holding out our cups expecting to have our kind neighbors to the north share. Historically the United States does not have a good track record keeping its treaty agreements with its own Native Americans.  Should our spigots run dry, it is questionable that our 1944 Treaty with them is much of a safeguard.

Take the Tour! Our Water’s Impressive 87-mile journey to our homes

Editors Note: Martina is a freelance writer, journalist and author of Dust in My Sandals, Tales from a Baja Traveler. See our ad and order today!