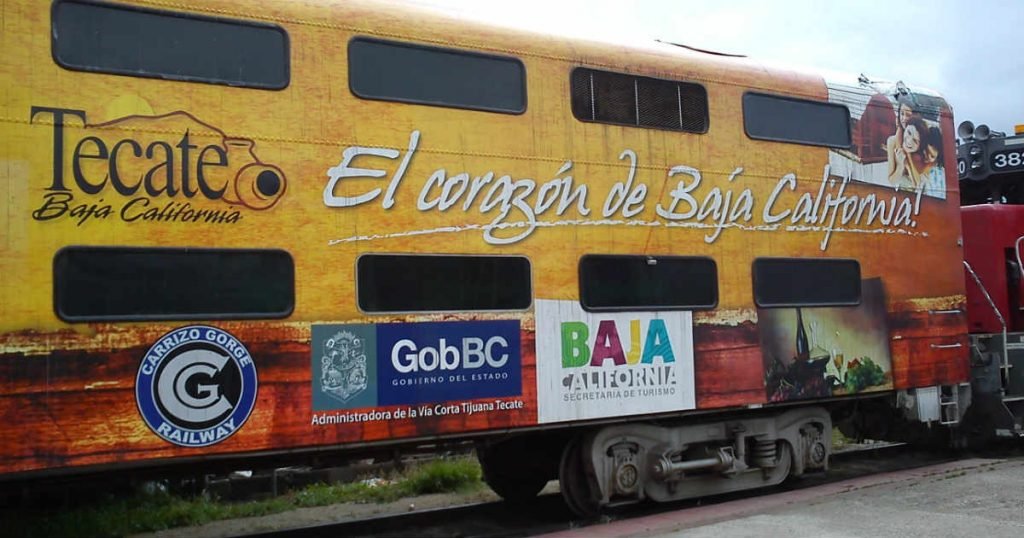 Mario Escobedo, head of the state economy and tourism office, said that the Tijuana-Tecate passenger train is already on the works with an initial investment of 136 million USD for a 17 miles section.

He stated that the train would be a secure, sustainable option to connect with Tijuana and Tecate, with seven stations and two terminals. A minimum of 30,000 passengers are expected to use the train every day.

This project should not be confused with the already present tourism train that goes from Tijuana to Tecate (pictured above).

Initially, the project considered a route to Ensenada. And although the plan hasn’t been cancelled, Escobedo stated that “it’s not a priority right now”, mainly because the current state government administration will only last two years and will not be able to finish a project of such magnitude.