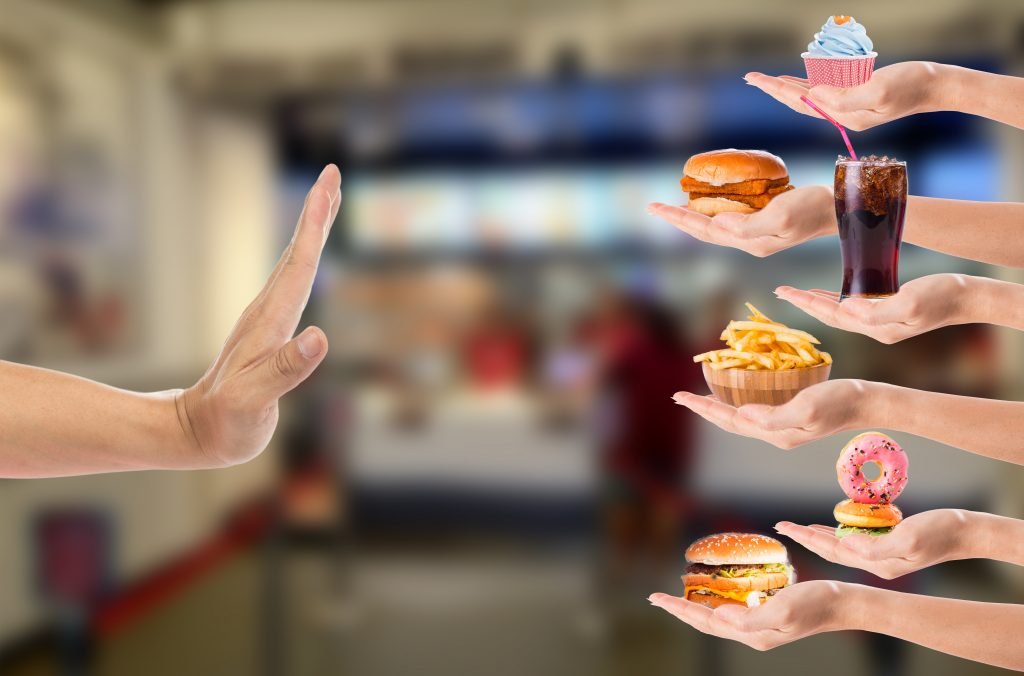 There has been a lot in the news lately about junk food sales in Mexico. Earlier this month, Oaxaca’s Congress passed a law that banned the sale of high-calorie drinks and junk food to minors (those under 18). The “ley anti-chatarra,” or “anti-junk food law” was approved by all but one of the lawmakers. Shortly thereafter Adan Lopez Hernandez, Governor of the state of Tabasco, stated that he will introduce a similar bill to the state congress.

At the end of last year, Mexico’s lower house of Congress passed a ruling that certain pre-packaged foods and non-alcoholic drinks would now carry a listing of calories, and amounts of sugar, salt and fats, within a black octagonal symbol appearing on the front of the product. Any ingredient that is in excess of the Health Secretariat guideline will appear in white lettering. After approval in the Senate, it was declared that additional ingredients would include GMOs (genetically modified ingredients), in a “direct, simple, visible, and easy-to-understand way,” according to the lawmakers.

Some of these products are cookies, jams, preserves, soup, evaporated milk, and pre-packaged chips. So much of what is sold in markets are packaged from bulk, and these products are not required to have the warning, although they are as bad, or worse than the commercial products, including small packs of nuts, tamarind candies, and sugary caramel sweets.

An additional warning on products will inform shoppers of the risk of developing diabetes, cancer, heart problems or obesity. Recently, caffeinated products and artificial sweeteners were added to the list, with warnings that these products should not be consumed by children, and cannot include likenesses of celebrities, cartoons, or cute pets on their labels.

These new guidelines are not directed to a small percentage of the Mexican community; three out of four Mexicans (about nine million people) experience obesity and diabetes. According to MexicoNewsDaily.com, the Deputy Health Minister Hugo Lopez-Gatell declared that “67% of those who have died from the coronavirus in Mexico had chronic conditions such as diabetes, hypertension, obesity, or cardiovascular disease…associated with the consumption of junk food.” Oaxaca’s health services department claims that 28 of every 100 children aged between 5 and 11 are overweight or obese,

Some companies have already begun including these labels, but there is a grace period until March, 2021 before all companies must be compliant. And not everybody is in favor of these new labeling regulations. The National Agricultural Council (CNA) fears that the warnings would “negatively affect the economy” by scaring consumers. Obviously, food and beverage organizations are against anything that may prohibit consumers from purchasing their products.

Like the US, Mexico added new taxes to the products deemed the most harmful; but just taxing these products more does not discourage consumers from purchasing them. President Lopez Obrador launched “awareness campaigns” to inform the Mexican community of the harmful effects of a diet high in calories, fat and salt.

The tax increase of junk food and cigarettes is expected to bring an additional 62 billion pesos (about $3.1 billion USD), according to ElUniversal.com. st

Small mercados are already experiencing a decline in sales. One study showed that 150,000 of Mexico’s “corner stores” closed the first half of 2020, with the threat of another 50,000 closing each month. These closings are not solely due to the slump in junk food sales. The coronavirus had much to do with the closure of shops of all kinds in 2020. A large percentage of products sold in OXXO markets are snack foods containing high levels of sodium and sugar.

To outlaw the sales of unhealthy foods, which hurt the small businessman most, is only one side of the challenge. Perhaps commercials featuring candy, cookies, sugary cereals, and beverages should be banned too, just like ads for cigarettes were banned in the US in 1970.

Many ask if these new laws will actually help anyone. Minors may be unable to purchase these items, but their parents still purchase the products for them, regardless of the tax increase. Junk food is cheap, and healthy food such as beef, fish, fruits, and veggies costs more, especially since COVID put a crimp in the processing and shipping of certain foods.

Mexico is not alone in the fight against unhealthy consumption. Other countries that have already instituted programs such as this one are Peru, Uruguay and Chile. As of today, at least ten Mexican states are considering similar bans, including Puebla, Tabasco, Colima, Chihuahua, Hidalgo, Sonora, Guanajuato, and Baja California Sur. MexicoDailyNews.com reports that “Federal legislators from four different political parties planned to propose a nationwide ban on the sale and marketing of junk food to children.”

The state of Nuevo Leon is going a bit further, working on initiatives to amend the state health law, a law on children’s rights, and another to prevent obesity in all age groups, citing obesity as a nationwide epidemic.