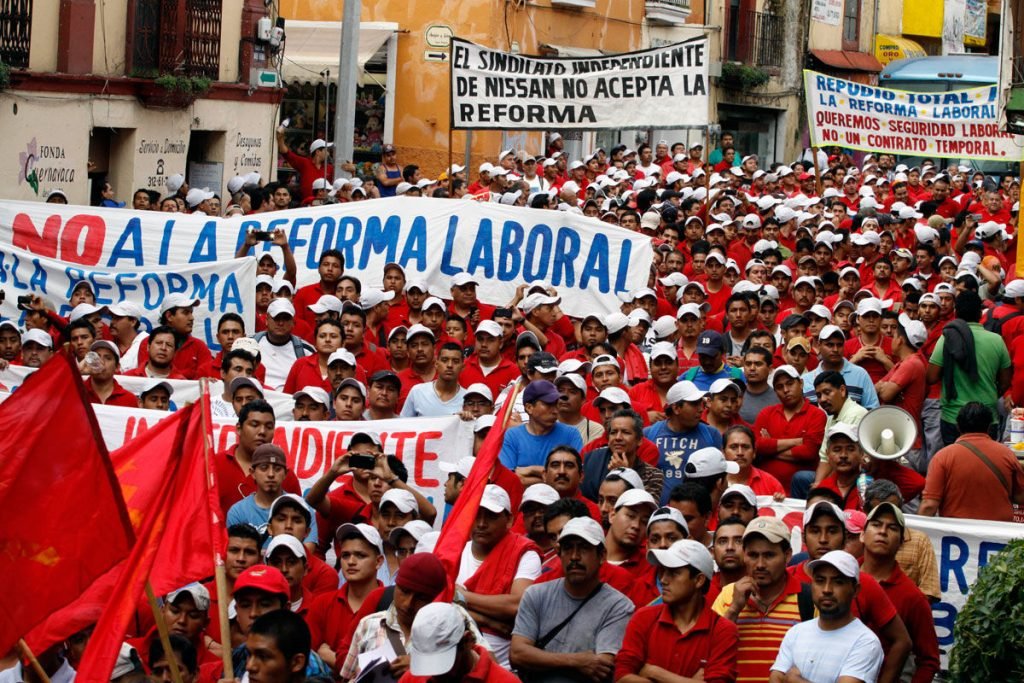 Mexico’s lower house of Congress has approved a labor law reform aimed at ensuring workers can vote for their union representatives and their contracts. The changes are under discussion because they are needed in order to win the approval of the new U.S.-Mexico-Canada trade agreement, which was negotiated to replace the old NAFTA.

The bill now goes to the Senate and requires secret-ballot union votes and proof of workers’ consent for their own contracts. Mexico’s labor movement has long been stymied, and wages kept low by pro-government unions that sign contracts and organize plants behind workers’ backs.

For decades, unions — many of whose leaders were members of the old ruling party the PRI — were so secretive that employees often didn’t know that a union even existed at their workplace. Pro-company unions would sign labor contracts with companies before they even opened plants in Mexico. After a plant opened, like a new BMW assembly plant, the word would go out that there were jobs, and if you wanted one, you had to accept what your union had “negotiated” for you.

Since President Andres Manuel Lopez Obrador took office on December 1st, there have been dozens of strikes in the northern border city of Matamoros, sparked in part by Lopez Obrador’s decision to double the minimum wage in border areas. That didn’t appease the workers, it just spurred them on to demand more, once  they saw realized how easily their pay had been doubled.

So they demanded a $1,700 USD bonus and got it, plus another series of raises. When they quickly got all this, the strikes spread and companies quickly caved in.

These manufacturing plants are in contracts to supply manufacturers in the States, contracts with big, big penalties. The strikes came so quickly there was no time to build up inventories and most manufacturers practice “just in time” inventory control, meaning there is no more than a few days supply north of the border. So, the plants here had to pay.

There are currently about 7,000 vacant jobs along the border, but until these strikes,  the plants had no stomach for raises; they had become used to paying the minimum wage of about $5 US per day.

Some say this is why Mexico is letting in all these Central Americans who will inevitably be waiting at the border to cross. The hope is that they will go to work there, depressing the wages with their numbers. But that hasn’t happened because charities have been housing and feeding them, causing them to lose any enthusiasm for working. Most of them sleep all day in the shelters rather than go to work for less than they’re dreaming of earning in the United States.

And that’s our Labor Day message for this year.