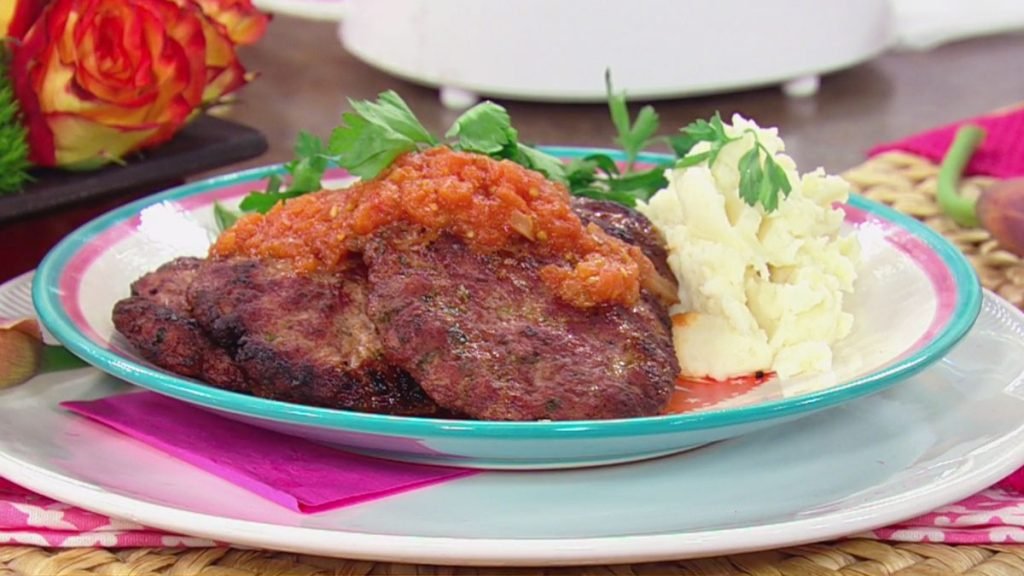 The richness of Mexican food comes from the country’s many states that, but especially the little towns and settlements that make up each state. In Mexico, food is different from one state to the next, and even when a dish shares many ingredients with another, the way of preparing it makes it a completely different dish. Mexican food also owes its variety to the utensils used, and since Mexico is one of the oldest civilizations, most of the utensils are still made from stones, sticks, shells, bones, etc.

Metates are the great-grandparents of blenders and food processors. Much like the Molcajete, which is more widely known, metates are made from volcanic stone, called basalto. Before metates, pre-Hispanic Mexicans would grind ingredients directly on a huge slab of stone, eroding little dimples in the slab as time went by.

Each metate gives a different flavor to what is ground on it. The metlapilli is the part that is held by hand to grind on the metate. Molcajetes are typically used for salsas, metates for mole and tortilla masa; but anything can be ground on them, from seeds, vegetables and fruits to meats, clay, spices and natural pigments. Everything made in a metate is said to have the wisdom from the stone and the person who made it. The metate is a very special artifact to master, and not everyone who knows how to cook knows how to use one, but almost always someone who can work a metate is a wonderful cook.

Pacholas are one of the most ancient dishes in the state of Jalisco first appearing in a seventeenth-century cookbook, and even though Pacholas share all the ingredients with hamburger patties, meatloaf and meatballs, they are a whole ‘nother thing once you taste them. It is one of the dishes that has been left to die with time, because metates were abandoned for blenders and food processors, which were cheaper and easier to use. This dish was made from previously ground meat, grinding it finer in the metate and leaving it to dry before frying.

Jalisco is better known for its wet food: tortas ahogadas, sopes ahogados, and pretty much everything soaked in a bland salsa. Pacholas, however, are such a delicate but delicious dish, one would think of it as dry, but the double process that the meat goes through has a special effect on the proteins, making them one of the most valuable dishes of the region of Jalisco.

We’ll also make a salsa this time; the typical salsa made in Jalisco for all dishes  usually makes food wet, but in this case,  adds flavor and a nice presentation.

Salt and pepper to taste.

½ cup of water, as needed for a thin consistency. This will depend on the water from the tomatoes.

A pinch of sugar.

½ pound of ground meat (a mixture of beef and pork is best but can be modified as preferred).

To make the salsa:

In a blender, place all the salsa ingredients and puree into a smooth, thin salsa.

Place in a dish to serve along the pacholas.

Grind pepper, garlic, beans and oregano into a paste.

In a large bowl, combine with the ground meat.

If you can find a molcajete, you can look up how to use it, but I’ll break it down for you below; if not, grind in the food processor until very fine, then make small balls and flatten between two parchment papers with a rolling pin.

Make round or oval thin patties, as thin as you can, about 5 millimeters.

Leave to air dry, covered with a paper towel, until not sticky to the touch anymore.

Fry in a pan with enough oil to cover.

Serve with the salsa, some guacamole and warm tortillas.

To use the metate:

Cure. First, place a handful of uncooked rice and grind until powdered. This will fill whatever pores are left, and smooth out any unwanted bumps. Brush rice powder off and discard. There might be some stone powder in there, that will make your teeth screech unpleasantly.

Grind a tomato until all the skin is broken. This will help disinfect the metate, because of the tomato’s acid.

Rinse. DO NOT ADD SOAP.

Place the metate on the floor, and kneel in front of it. The higher part of the metate should be against your knees and the lower part should be farthest from you.

Place the ground meat on the higher side, not all of it has to be there at once, if its easier it can be little by little.

Place the grinding stone (metlapilli) in the middle of the metate, and start rocking it back and forth about one inch on each side.

If done correctly, the double ground meat should start collecting on the lower side of the metate; if not, it’s just a matter of practice.

Slide the pachola off and place on a cooking sheet to dry.