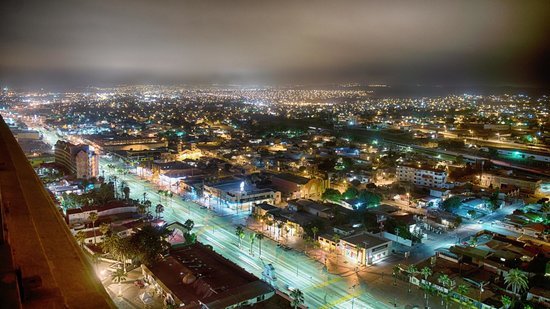 Several representatives from the City of Rosarito met with the local citizens at the monthly FRAO (Foreign Relations Attention Office) breakfast meeting in November to discuss the future of Rosarito. The commissioners are taking opinions from foreign residents on matters that affect them. Mayor Mirna Rincon has made an effort to consult with foreign residents during her term in office, seeking their opinions on matters that would improve Rosarito. Known as the “Urban Development Program of Playas de Rosarito,” the effort is only in its initial stages, and the results of residents’ opinions today will make a difference in the in the direction of Rosarito’s short- and long-term future.

The survey is available online in Spanish at www.implanrosarito.mx. To obtain a copy in English please contact the FRAO office via email at [email protected] or through their Facebook page. The City would like to collect everyone’s response before the Christmas break, so get a move on! The City wants to hear from you.

Representatives from IMPLAN (the City Planning Commission) and COPLADEM (Committee Planning for Municipal Development) gave presentations on the future of Rosarito. Mayor Rincon was unable to attend, as she had her hands full with a few new “arrivals’’ in town. It was her wish to “put in touch the foreign community with the government of Rosarito, and vice versa.” But she has placed great importance on making Rosarito comfortable for Mexican and foreign residents, and that all cultures are to be celebrated. The security of Rosarito’s residents is of utmost importance, but there are other areas of concern.

The City, State, and Federal entities have a planning framework equal to the Constitutional extents of government; City is three years, with State and Federal being six-year terms. These are all short term planning periods. Urban development plans and programs have a planning framework of 15 – 20 years, exceeding the periods of all elected officials. This is sometimes where projects get a bit screwy. Let me direct your attention to the Machado Bridge. I’m not sure where the current “plan” came from, but I saw a rendition many years (and two mayors) ago, and the site showed a beautiful Los Angeles style cloverleaf of on and off ramps… totally maneuverable.

About that bridge… at this time the City is waiting for the State and Federales to fix the bridge, its ramps, and bring the whole area up to safety code. The Mayor and the City of Rosarito will not accept the bridge until everything is fixed and made usable, including handicap accessibility. The importance here is that the City does not want to be held liable legally for problems associated with the bridge. This is what the “hold up” has been; a big stalemate.  In the meantime, the City is being punished and people are getting hurt with the mismatched road markings and directions.

Other problems cited by residents were the deplorable shape of roads in the Primo Tapia/La Mision area of the city and the green plastic headlight-diverting barriers set up between Rosarito and Puerto Nuevo. Any roadway, signage, or traffic concerns may be directed to City Hall and the Roads department, or by contacting the FRAO office.

Regional and State planning include the planning for the two basic areas of Rosarito, the Playas de Rosarito Urban area which is about 27% of the physical area, and the Primo Tapia Population Center, including a new side bridge, which is basically everything south of the ‘’city’’ and incorporates the remaining 71% of the “suburban” zone. I’m not sure what happened to the remaining 2%…just blame it on the New Math.  On the horizon is a new branding of the Primo Tapia area, “Rosarito South”, which will be receiving upgrades in the future (one of the long-term plans). And in case you are wondering, the City of Rosarito includes six districts, 19 sectors, 69 boroughs, and 116 neighborhoods. A detailed map is available in the Planning Office, but it is nearly impossible to decipher.

The City’s new policies are focused on population growth, which globally could potentially double by the year 2050. Currently there are nearly two million inhabitants in the Tijuana area (which includes Rosarito), and another 3.2 million in San Diego, which means over five million people in the bi-national metropolitan area.