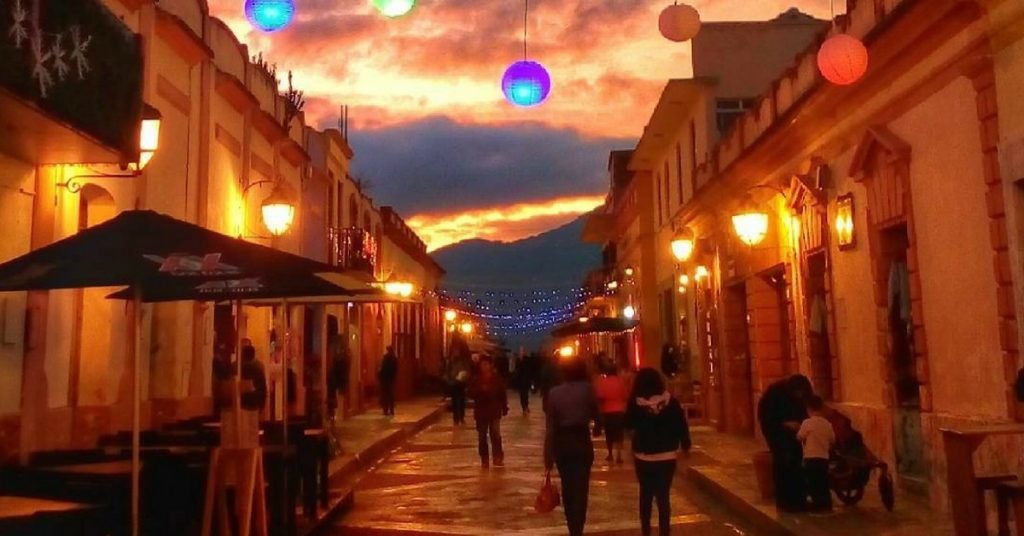 Can you patent a recipe? Traditional Mixtec dishes from Oaxaca might soon be protected by a patent that has been requested by the Indigenous Peoples Development (CDI). A CDI representative in the Mixtec town of Silacayoápam, said the first stage of the cultural conservation project is to promote some staples of regional cuisine to a larger public. Gastronomic festivals have been used to develop this idea. They’ve had good progress; some recipes have already been documented, like those for the atoles (traditional hot corn and masa-based beverages), to Tepejillo, a thick pork-based sauce.

Once the cuisine of the Mixtec region and all of its dishes are fully recognizable by foodies, the CDI will move forward to formally register them. Another part of the registration process is taking place at the Teposcolula Institute of Technology, where gastronomy students are trying to formalize each of the Mixtec dishes’ recipes.

The CDI is also offering counsel and training to traditional Mixtec cooks, improving the presentation of their pre-Hispanic dishes while keeping them authentic. Wait a minute, improving or keeping them authentic? Does anyone else think this is odd? Maybe it’s just us. Did Aunt Jamima ever try to patent waffles? No. And she had something going there.

Druggies hedge income stream. A criminal organization known as the Tobacco Cartel is attempting to control Mexico’s cigarette market by eliminating from store shelves brands it doesn’t sell. Between January and September, police — or people posing as police — have carried out 364 operations at stores in eight states to seize and destroy cigarettes not distributed by the company Tobacco International Holdings (TIH).

Business owners and distributors of other cigarette brands were given fake letters from government departments such as the Federal Tax Administration (SAT) or the Federal Commission for Protection Against Sanitary Risk (Cofepris). The letters state that cigarette brands other than those distributed by TIH are illegal and cannot be sold in Mexico. Not true, you may pick your own poison.

Pueblo Magicos, again.  Todos Santos, in Baja Sur, has been chosen by the federal government to be a magic town, pueblo magico. Special? Not so much. There are now 121 magic towns all over Mexico. At the end of former President Calderón’s administration, a lot of new towns were included in the Pueblos Mágicos, despite not meeting the inclusion requirements. It’s very political. Some of the requirements are: There must be a municipal tourism department and the implementation of a tourism development plan. Each town receives US $260,000 in federal funding every year. Earlier this month the country got 10 new ones.

Mapimí, Durango, has seen the biggest improvement in terms of the well-being of citizens, with poverty levels cut from 61% in 2010 to 40% in 2015. Poverty also decreased significantly in Huicha, but Todos Santos hasn’t seen such progress. Well, maybe, they do get a lot of tourists; who knows if they know they are treading on magic ground?

Who do you trust? According to a study, more than 70% of Mexicans reported feeling unsafe in the streets of the neighborhood where they live and 80% said that they were aware of crimes such as assault, robbery, drug trafficking, shootings and homicides, taking place near their homes. Coneval that 62% of Mexicans are not happy with the neighborhood they live in and one in three people don’t trust their neighbors. Yikes, a bad place to be in when you don’t have a police department that plays heads up ball. And what cities have  any of those? Better love your neighbor, as you will never love your police.

Turn it around, Pedro. Central American migrants were arrested while walking or hitching rides in the southern state of Chiapas. Immigration officials and police blocked the migrants’ path with about 30 vehicles. Some succeeded in outrunning authorities while those detained were taken to a National Immigration Institute (INM) facility, where they were put on buses and taken to the airport. There, they were tossed aboard a Federal Police plane and flown to San Pedro Sula, Honduras.

The United States government is warning that its armed forces will fire guns on migrants who throw rocks at them, but in Mexico a kinder and gentler approach is coming. The incoming chief of the National Immigration Institute (INM) has vowed that Central American migrants will receive kinder attention during the administration of the incoming federal government. We’ll see how long that lasts, as some people in the migrant caravan tossed Molotov cocktails, rocks and sticks at the police. That can piss off anyone. But meanwhile, incoming immigration authorities are babbling on about migrants’ human rights.

The social sciences academic and former head of the College of the Northern Border, who was announced this week as the new INM chief, said that under Andrés Manuel López Obrador presidency, migrants won’t be stigmatized nor will their personal situations be ignored.

No more chicken fights. The Supreme Court has ruled that ban on cockfights by the Veracruz Congress two years ago is constitutional. The ruling said there were many benefits from the ban with regard to the animals’ well-being, protecting them from physical injury and even death. The state’s Animal Protection Act also prohibits hunting and capturing wild animals, fights between any animals, and displaying animals in circus shows.

Say, what? Mexicans’ command of English is on the decline, a new study shows. Mexico dropped 13 places to 57th of 88 countries on the 2018 EF English Proficiency Index (EPI). In Latin America, Mexico ranks ninth out of 17 countries behind Argentina, Costa Rica, Dominican Republic, Uruguay, Chile, Brazil, Guatemala and Panama.

This was attributed to overcrowded schools, low teacher wages, and inadequate teacher training.

Don’t bogart that joint. Mexico’s Supreme Court has issued two more rulings ordering that complainants in individual cases be allowed to use marijuana for recreational purposes, establishing a precedent that a blanket prohibition on pot is unconstitutional.

The court found that adults have a fundamental right to personal development which lets them decide their recreational activities without interference from the state.

We’re talking personal consumption, not all out commercialization. The rulings do not even technically legalize recreational use, however. They establish that courts must allow it, but it is still up to each individual to press his or her case in the judicial system.

Mexico saw something similar happen in recent years with five Supreme Court rulings establishing a broader precedent allowing same-sex couples to wed, though same-sex marriage has yet to become the law of the land nationwide.