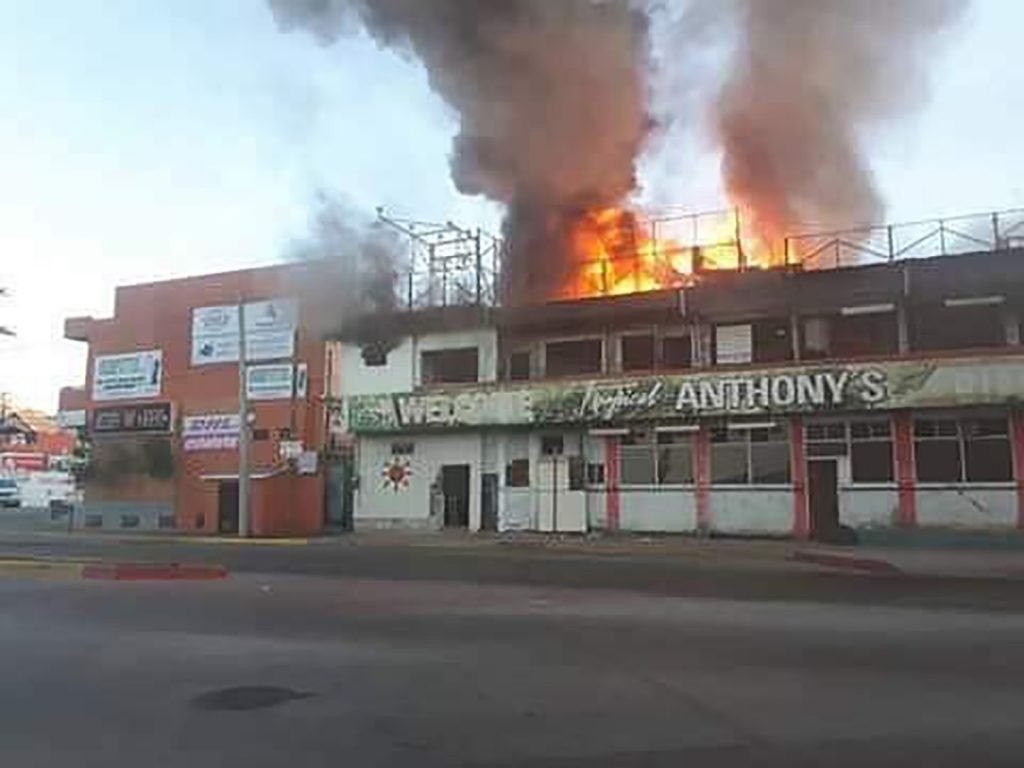 Yesterday morning a once popular bar in Ensenada caught fire for the second time, on its top floor, where it has several rooms for rent.

The fire was reportedly caused by a failure on the electrical wiring of the building. Local firemen where able to control it in a little less than an hour with no one injured.

Four years ago, on September 2, 2014, the same top floor of the building caught fire, at that time authorities said the fire could had been intentional, but no one was apprehended.

The bar, that was almost a landmark in Ensenada with its huge gorilla, has been out of business for a couple of years now.