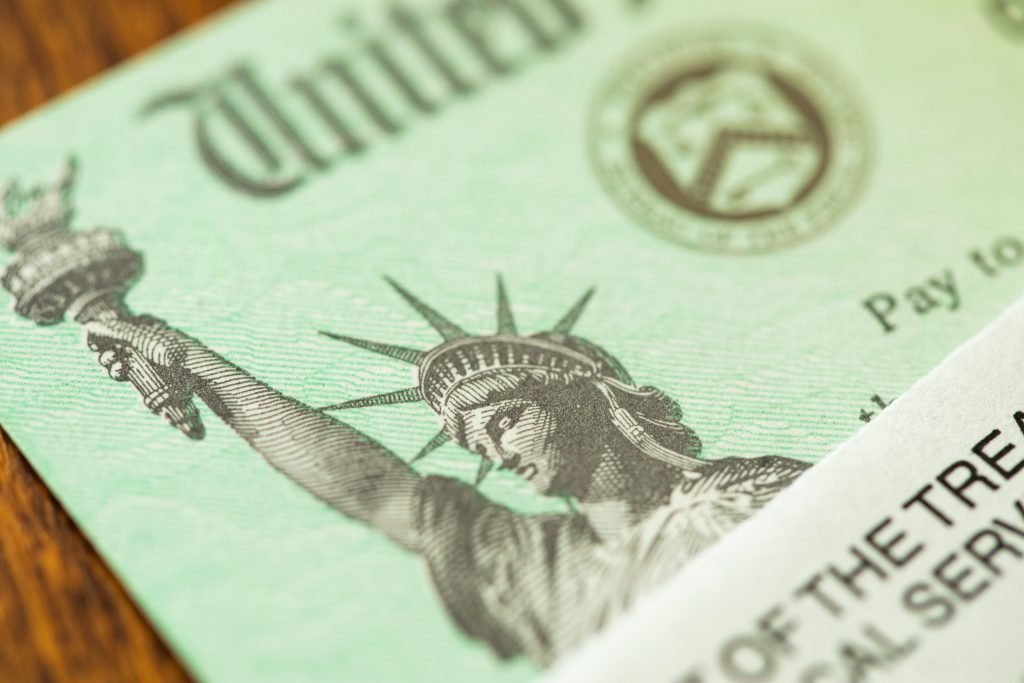 The GDP (Gross Domestic Product) is the monetary value of manufactured goods and services produced within a country for a specific period of time.

During economic crises, such as the one currently being experienced as a result of the coronavirus, people have less money to spend, and are therefore unable to purchase as many of those goods and services as they would under better financial circumstances.

So, when unemployment is high, manufacturers and service providers make less money and pay less taxes, and everything from infrastructure maintenance by the government to the general welfare of the population is negatively affected.

According to Fortune magazine, 44.2 million American workers had filed for unemployment benefits as of June 11th.

Members of the US Congress, most of whom are out of touch with the realities of their constituents, have wasted months arguing over the minutiae within a proposed second relief bill.

The truth of the matter is that those executive orders provide no permanent relief, due to the manner in which the orders are written.

Read the small print to understand why:

Payroll taxes are the source of funds for Social Security and Medicare. Without those funds, there will be no safety net for retirees.

His proposed benefits for the unemployed are to be cut from the $600 per week in the original relief bill to $400 per week, with the added caveat that each state would have to shoulder 25% of that amount. If cash-strapped states can’t afford to make that contribution, the jobless person receives nothing.

Eviction moratoriums cease at the end of the year. At that time, accrued mortgages or rentals become due. The order does not provide for cash to cover those dues.

The same goes for student loan relief. It simply delays the payment due date.

Even though Trump has said he supports a stimulus check (he indicated that he favors a stimulus check of $1,200 or even more), his executive order does not include those checks, because the separation of powers in the US Gov’t doesn’t allow him to do so.

Why? Because Congress controls federal spending, and the two houses of Congress must approve the passage of such spending through legislative action. And members of Congress continue bickering over the details of the stimulus package while millions of US citizens continue to suffer.

Trump claims he has already addressed many of the key issues that were part of the original stimulus package, so that all Congress needs to do is approve the stimulus payments as stand-alone legislation.

What’s bad for the US is bad for Mexico. Mayor Faulconer of San Diego reported that before the economic crisis, more than $1 billion in commerce crossed the border daily. Since the Covid-19 crisis began, businesses related to travel and tourism have suffered most heavily. Unemployment and quarantine have affected almost every aspect of business. Many on both sides of the border have closed for good.

Many expats living here in Baja received payments from the first round of assistance, known as the CARES Act.

People here who experienced the longest delays in receiving their checks appear to have been those on Social Security who have their SS checks directly deposited into Mexican banks. Some locals have still not received their stimulus checks.

Deaths due to the virus are on the increase in 17 states in the US.

This can largely be attributed to Instances of defiance to the advice of medical experts and government officials.

Several extreme instances of defiance were widely reported on all major news outlets: Thousands of motorcyclists gathering for a rally in Sturgis, SD; a crowded school hallway in GA; a mask burning party in Iowa; in all these instances, large groups of people gathered together, following none of the protocols recommended by health experts.

Here in Baja, people are too busy trying to care for their families to engage in such folly. According to Wikipedia, as of August 4th, the total number of reported cases was 14,130, with the death toll at 2,712. The number of reported new cases began to drop after July 31st.

Hopefully, that trend will continue.

There are so many ways that the highly infectious virus can enter the body. Masks, gloves, hand sanitizer, shoe sterilization, and social distancing are helpful processes by which to minimize the spread.

Even here in Ensenada, where the swift precautionary actions of the mayor helped to reduce infections by strictly controlling entrance to the city from the north and the south,  that caution is somewhat defeated by actions in local scenarios, usually due to lack of information.

Exchanging cash, entering data on ATM keyboards, handling produce, bringing packages purchased in open markets into the home are but some of the dangers of exposure,

It’s difficult for everyone to be as careful as they should. But it’s essential that we all try.

The flu season is coming soon. That virus alone kills thousands. Add Covid-19 to the mix, and it could be deadly.

The prevailing wisdom is that this crisis is far from over.

Stay home if you can. Be careful if you go out.