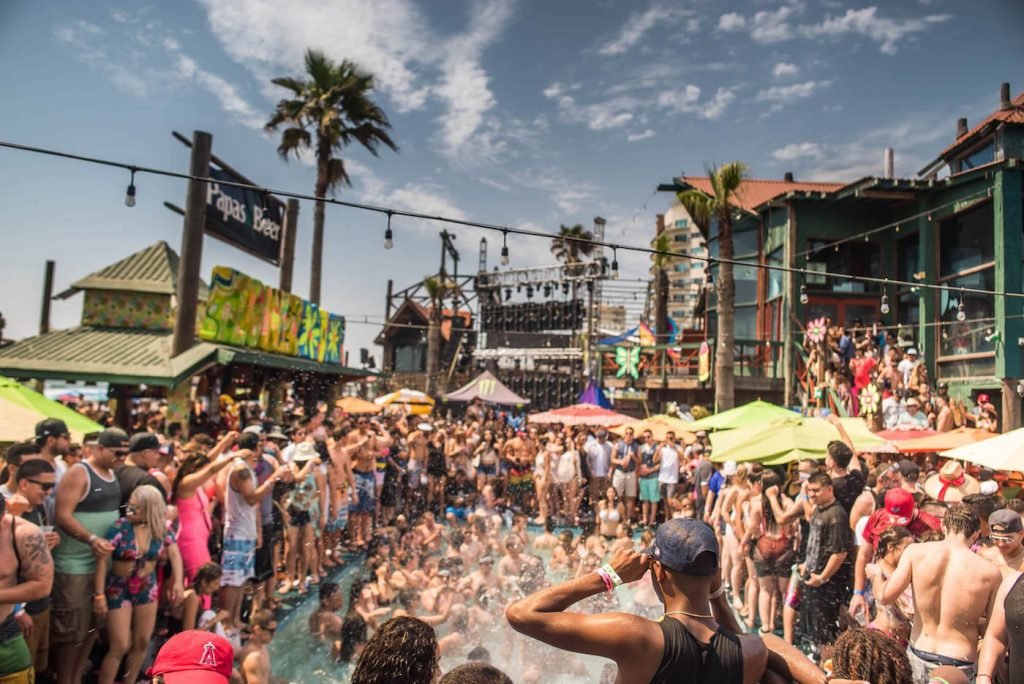 Hurraaay, we’re getting parking meters! Said no one ever, especially the citizens of Ensenada, who are pretty pissed about a new ordinance passed by city council that will allow a private company “Iberparking S.A. de C.V.” to install the meters in downtown Ensenada.

The city will get 30% of all income generated by the 3,500 meters that are going to be installed downtown, while the other 70% goes to Iberparking. The parking fee will be 10 pesos per hour (about 55 cents US).

Most business groups have already stated their displeasure at the new ordinance, saying that at only 30% of income it’s a bad deal for the city and a potential problem for their businesses.

The reality is that the city is strapped for cash, looking at every option to make an extra penny without having to spend one and this looks like a good option for them. Not only will they get income from the meters themselves but also from the parking tickets generated from people parked at expired meters.

State Congress representatives for the city of Ensenada have already stated their displeasure with the new ordinance and are planning to create a commission to analyze the deal and find some way to revoke it.

Money for infrastructure. Although Ensenada was publicly recognized last year as part of the Tijuana, Tecate, Rosarito and Ensenada metropolitan zone, it wasn’t until last week that it was declared part of it in the federal law.

This will allow the city to access a piece of the 180 million USD in funds available for metropolitan zones in Mexico this year. The fund has allowed cities like Tijuana and Mexicali to fund major infrastructure projects.

It’s now up to the state government to integrate a local metropolitan development council to submit projects to get the funds. First on the list, road repairs.

Wait a minute! Just a couple of days after the Citizens Council for Public Security stated that Tijuana was the most violent city in the world, based on its murder rate, our state governor Kiko Vega came to the rescue stating that “no way TJ is that!”.

He minimized the murder rate stating, “Violence should be measured based on the total of crimes and not only by one”. He also said that 90% of the murders in the city are directly related to drug trafficking, so it doesn’t count. Well, maybe those weren’t his exact words, but that was the idea.

So that’s what it was. After a big backlash by the local chambers of commerce regarding the change in the start place of the Baja 500 off-road race from downtown Ensenada to the Estero Beach Hotel (owned by Ensenada’s mayor’s family), Score officials stated that it was all an honest mistake because they were wrongly informed that the local elections would be in July, and by the time they found out they were actually in June, exactly on the last day of the race, it was already too late to make any changes in the calendar and they had to change the venue to avoid any disruptions in the election process.

In order to keep the local businesses happy, and get the $30,000 USD that they get from the local tourism board, Score has agreed to have their Tech and contingency event in downtown Ensenada on May 30th.

Monkeys announced in the Valley. The Jersey Zoo and Kids Park in the Guadalupe Valley announced that its currently building a new attraction called the monkey island, and although they don’t yet have an opening date, they say the island will hold from 12 to 20 monkeys that visitors will be able to watch from a distance.

The zoo already hosts about 250 animals and it has become an interesting attraction for locals and tourists alike. The entrance fee is $50 pesos per person plus $30 pesos for parking, if you want to use the pools inside your entrance fee goes up to $130 pesos. The park is open Wednesday through Sunday from 9:00 a.m. until 4:00 p.m.. Keep the beers in the car as they won’t allow any alcoholic beverages inside the park.

Lower taxes working for Baja. It looks like the lower taxes for the border zone is working, as the Metropolitan Center for Economic Information (CEMDI) stated that sales had increased for the month of January in a whopping 25% compared to the same month last year.

Although the tax break isn’t for everyone, most major retailers were quick to reduce their taxes, reducing final consumer prices by about 8%.

CEMDI also stated that Baja California lowered its inflation rate by -1.52%, making it the biggest decrease in inflation in the entire country.

New mayor guaranteed for Rosarito. Mirna Rincon, current Rosarito Mayor, lost the nomination for the PAN party to Maria Ana Medina Perez in the internal election of the party this past March 3rd.

With 312 votes in favor, Ana Medina is now the confirmed candidate for Rosarito Mayor in the coming elections.

Hang in there. Spring  Break has started for US schools and at least 2,500 students are expected to visit Rosarito during the school break. Yes, we know it’s not super nice to have all those people drunk in our streets, shouting and singing, but remember, we’ve all been there!

Dinora Soto, head of the tourism and conventions committee for the city of Rosarito, stated that “For me Spring Break is an indicator that foreigners still trust Baja California and especially Rosarito. This weekend we will receive lots of students and whoever accompanies them and we already have 4 major concerts scheduled.”

Dinora also stated that this is the third year that spring breakers have come back to Rosarito, after several years of not having any major groups here in town. “Some of these young people come to our city with their whole families, and this means to us that Rosarito is still an attractive destination, and that is important for us”, she concluded.